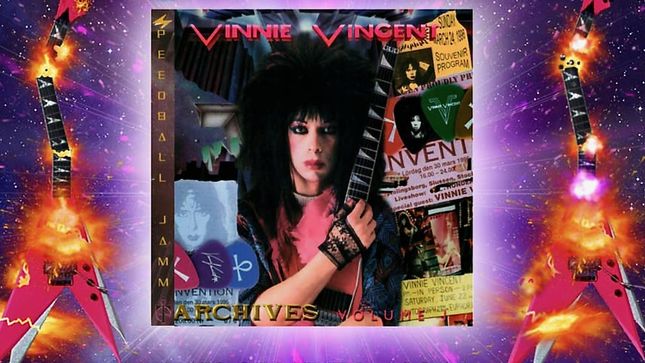 This "historic" CD re-release will be limited to 1,000 copies, and will come with a limited edition, autographed 8x10 photo and a "big guitar pick".

Due to be shipped in February, pre-orders will be available soon at VinnieVincent.com.

Guesting recently on Rock And Roll Experience With Mike Brunn, Vinnie Vincent - who has been attempting to make a comeback of sorts over the past year - addressed the possibility of performing with his former bandmates on KISS' End Of The Road farewell tour. Check out the interview below.

Vincent: "It's not something I've thought about lately. I think there was something that my lawyer had been in contact with them about a year ago. As far as I know, nothing came of it. And it wasn't something I thought about. After that moment had passed, it wasn't anything I thought about anymore. I don't know what they're doing. I don't wanna assume anything; it's not for me to second guess. It seems like they've got the band that they're doing this with. I don't know if they're having past members play. If this is something that they want to approach, all they've gotta do is give me a call and we'll take it from there."