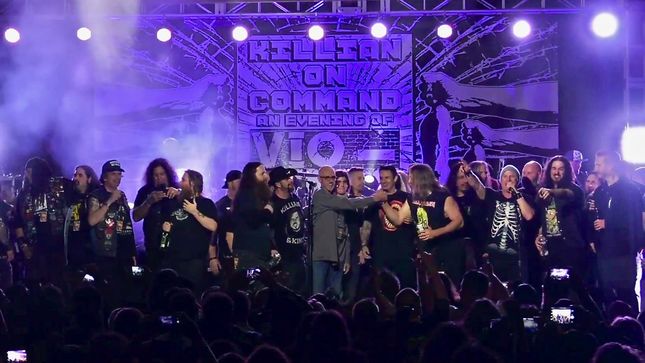 Killian On Command - the benefit concert for Vio-Lence singer Sean Killian (who has been diagnosed with stage 4 cirrohsis of the liver) - took place at The Midway, in San Francisco on Saturday (January 20th). 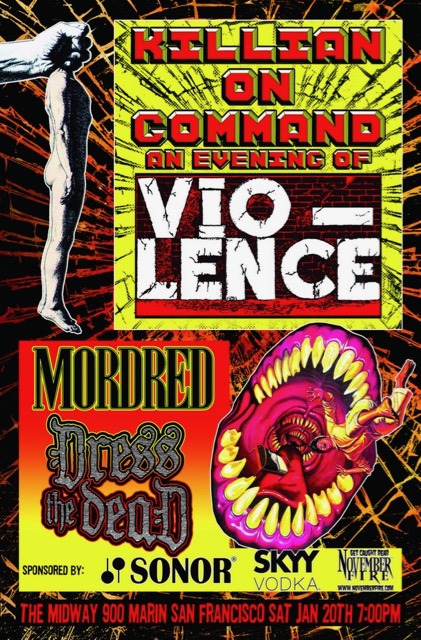 The fundraiser to help Sean and his family with expenses during this time of treatment and recovery, which featured members of Testament, Exodus, Forbidden and Vio-lence, was livestreamed by BB TV and can be seen in it's entirety here. Watch some fan-filmed video below.