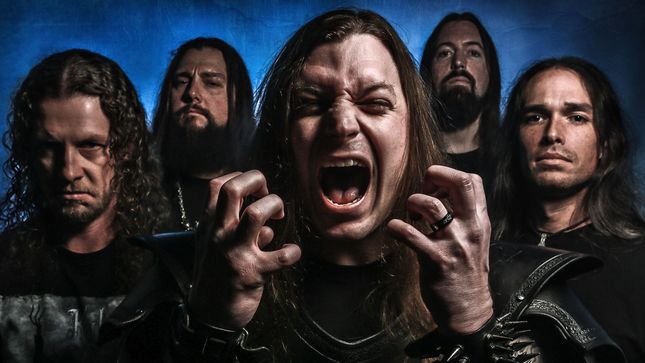 With the April 24 release of their M-Theory Audio debut, Path To Immortality, fast approaching, the Southern California-based melodic death metal quintet, Voices Of Ruin, have unveiled a music video for their powerful new song “Carved Out”. The clip, filmed and edited by Matt Zane (Zakk Wylde, Society 1, Static-X), can be seen below.

“Carved Out” - which can now be streamed on Spotify, Apple Music and other digital platforms - is also now available as an “instant grat” download with all digital pre-orders of Path To Immortality. Pre-order the album - which was produced by former Machine Head guitarist Logan Mader (Gojira, SepticFlesh) and features cover artwork by Par Olofsson (Exodus, Immortal, Revocation) - in various formats here.

Says vocalist David Barrett, “This song is one hell of a banger that's sure to get your blood moving! With its vicious guitar riffs, infectious chorus and a pummeling rhythm, this tune is a crushing death metal anthem that you'll want to put on repeat! Matt Zane really kicked our asses and pushed us to unleash one of our most energetic performances yet. His attention to detail, as well as his experience behind the camera, really motivated the band to create this dynamic video that we think is one-of-a-kind. The song has an intense lyrical theme, as it tells the story of a deranged stalker who is enraged by his failed life and grotesque image. He sees others who are attractive and living their 'perfect' lives, and this fuels his rage. He hunts them down and carves out their eyes, leaving them trapped between life and afterlife. Crank the fucking volume up and rage to 'Carved Out!'” 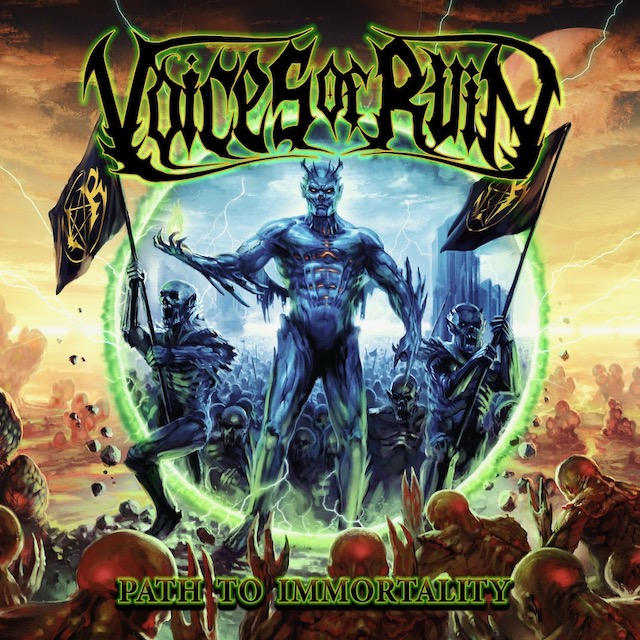 Voices Of Ruin is: