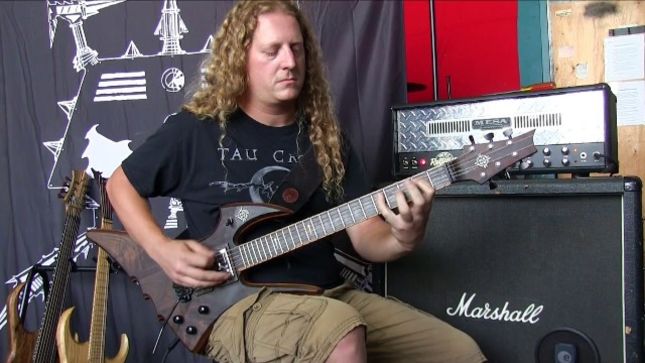 Guesting on The Jimmy Cabs 5150 Interview Series, Voivod guitarist Daniel "Chewy" Mongrain opened up about replacing original guitarist Denis "Piggy" D'Amour, who lost his battle with cancer in 2005. He discusses working on Target Earth (2013) as a full member of the band, as well as their latest record, The Wake.

Chewy: "When we worked on 'Target Earth', which came out in 2013, it was the first time we would work together for composing and everything. I had this kind of shadow of what Voivod should sound like, or, would sound like without Piggy. I was pretty worried about that when I was writing riffs and ideas, but at the same time, after a while, I just let go of it. I thought, 'I'm a fan of Voivod since I was 11 years old. It's the band I've listened to the most in my entire life.' When we did Target Earth, after a while I became more comfortable and more natural at writing, and without asking too many questions to myself."