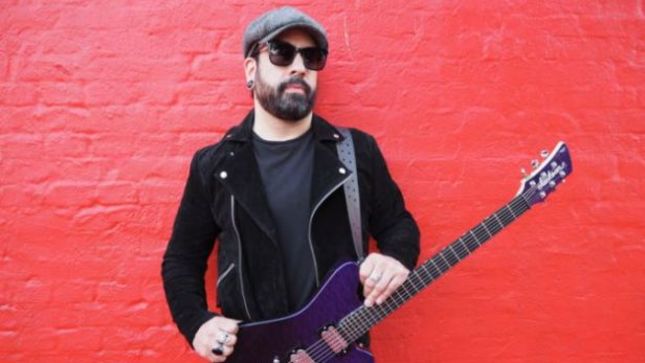 Jackson Guitars has announced that Volbeat guitarist Rob Caggiano has joined its artist roster. Caggiano’s signature model is scheduled to debut in early 2020, but in the meantime, he will be playing prototypes for Volbeat’s upcoming live dates on Slipknot’s Knotfest Roadshow and their own Rewind, Replay, Rebound world tour.

“I’m beyond thrilled and proud to be a part of the Jackson family,” said Caggiano, who has also played with Anthrax, in a statement. “Jackson guitars played a huge role for me in my formative years as a guitar player. Besides the fact that some of my favorite players growing up were also Jackson players—Randy Rhoads, Marty Friedman and Scott Ian to name a few, I fell in love with a quirky little guitar myself called the Jackson Outcaster in the mid-'90s. It quickly became my main guitar for a few years."

Volbeat, recently released their new song and video, "Last Day Under The Sun", from their upcoming seventh album, Rewind, Replay, Rebound, set for release via Vertigo Records on August 2. Michael Poulsen, guitarist and lead singer for the band, thanks fans for their response to the single, and hypes up the new album in this new video:

The "Last Day Under The Sun" music video was directed by Jakob Printzlau, who has previously directed Volbeat's videos for “The Devil’s Bleeding Crown”, “Lonesome Rider”, “16 Dollars”, and “Cape Of Our Hero”.

Michael Poulsen reveals that the lyrics for the song were inspired by a book about Johnny Cash: “When I read his book, he went through tough times with alcohol and drugs… He walked into a cave to lay down to die. But he wakes up and feels like he has been given a second chance.”