VOLBEAT Thank Fans For Response To "Last Day Under The Sun" Single - "How Much More Can You Wish For As A Band?"; Video 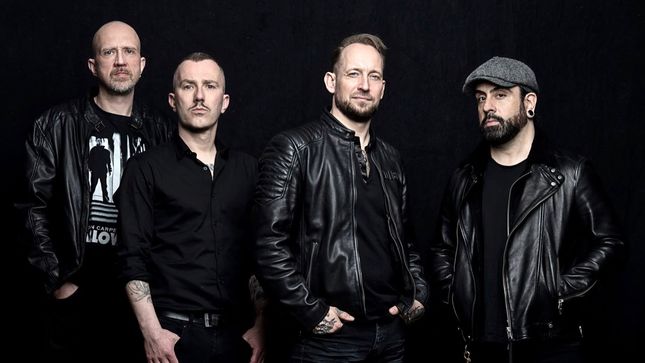 Multi-platinum, Danish rock band, Volbeat, recently released their new song and video, "Last Day Under The Sun", from their upcoming seventh album, Rewind, Replay, Rebound, set for release via Vertigo Records on August 2. Michael Poulsen, guitarist and lead singer for the band, thanks fans for their response to the single, and hypes up the new album in this new video:

The "Last Day Under The Sun" music video was directed by Jakob Printzlau, who has previously directed Volbeat's videos for “The Devil’s Bleeding Crown”, “Lonesome Rider”, “16 Dollars”, and “Cape Of Our Hero”.

Michael Poulsen reveals that the lyrics for the song were inspired by a book about Johnny Cash: “When I read his book, he went through tough times with alcohol and drugs… He walked into a cave to lay down to die. But he wakes up and feels like he has been given a second chance.”

European headline tour with support from Baroness and Danko Jones: