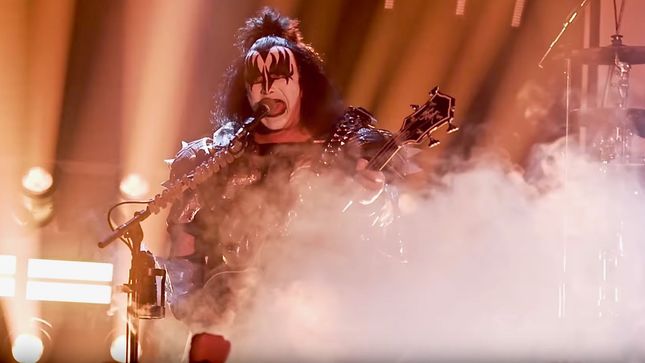 KISS performed an intimate, invitation-only show for SiriusXM subscribers and VIPs on February 11th at the famed Whisky A Go Go on the Sunset Strip in Los Angeles. The performance aired on KISS’ exclusive SiriusXM channel, KISS Army Radio.

The special concert for SiriusXM, which began with a stage introduction from Tom Morello, featured KISS performing songs from their 45-year career and marked the first time the band has played a club in over twenty years. Check out the band's performance of "Deuce", below:

KISS' End Of The Road World Tour lands at the Gila River Arena in Glendale, Arizona tonight (February 13th). Find the band's live itinerary here, and check out some pro-shot footage from the tour below.