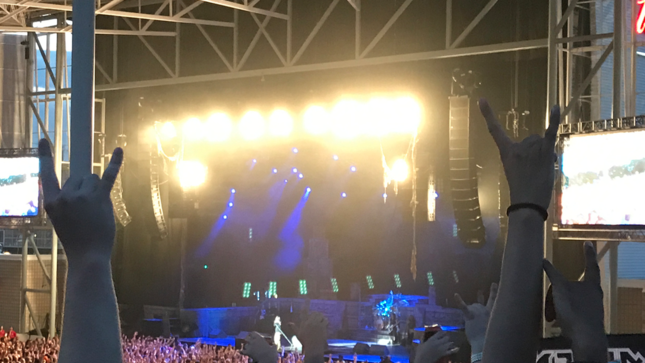 There have been a lot of heavy metal and video game mashups over the years. With Aerosmith, Kiss and even Dio combining with software developers to create their own titles. Online gaming is still a relatively untapped area for heavy metal though. Online slots games tend to be one of the only areas where metal has really been embraced by developers.

So, what exactly is there out there on the market at the moment? We’ve taken a look to see exactly what there is for metalheads to enjoy when it comes to online gaming.

When it comes to being metal, you don’t get more metal than Megadeth. As one of the top thrash bands in the world and universally recognized as one of the “big four” in thrash metal, Dave Mustaine’s powerhouse is still going strong to this day. That’s why it was no surprise to see them put their name to a new video slot title. With Mustaine being no stranger to trying to save money, it’s not a shock to see the Megadeth name being licensed wherever possible.

It’s not just Megadeth that has put its name to video slot games though. Twisted Sister, Ozzy Osbourne and even the hilarious, but fictional, Spinal Tap have all seen their names put onto video slot games. This is one of the easiest ways for you to try out a metal video game online. Whatever your favourite metal band is, it’s likely that there is a slot title to go with them.

Staying with the online gambling theme leads us to Metal Casino. This is a site that truly lives the world of metal. It has a massive range of different casino games for players to enjoy, it’s not only metal based games, which is obviously an instant plus. It has a lot more than just that though, what it does offer to players is a truly metal based rewards system.

All of the games and bonuses that are offered through the rewards system are based around metal. An example of this would be the Met Coins that can be earned. These are metal themed rewards that players can use to spend on various different features at the site. It really helps to give metal fans something that they can feel connected to. It’s not just the rewards that helps to grab the attention of metal fans, though.

Some of the featured slots at Metal Casino include Ozzy Osbourne, Saxon, Twisted Sister, Annihilator and Guns n Roses. These are all top-class titles that fit into the metal theme perfectly. If you’re a metal fan and a lover of slots, then these games will definitely grab your attention and give you a fun time.

This is one of the only online casinos that has dedicated its theme entirely to heavy metal. Meaning that if you’re a metalhead it might well be the only place where you can really feel at home when playing your favourite online casino games.

This isn’t the only band on your console game out there with some pretty metal credentials. Even the very first Guitar Hero game included a Pantera track. But it is the first game to feature arguably the biggest metal band in history. This game is definitely one of the most metal games ever. It gives players the chance to step into the shoes of Hetfield or Hammett to shred their heads off. It’s a truly pure metal gaming experience. That might make you wonder how it fits into online gaming though.

Well, Guitar Hero Metallica had quite a few neat tricks up its sleeve. One of the most impressive ones was the online competitive mode. This would allow players to compete against each other to play the most face-melting Metallica tracks. Whoever played it the best would win. On top of this great mode there was also the ability to download new tracks to the game to add even more long-term playability to it.

While it might be quite a few years old now, Guitar Hero Metallica is still definitely one of the most metal games out there. It was also one of the first metal games to give players a real online experience to enjoy.