WHO BROUGHT THE DOG To Release No World Order In October; Details Revealed 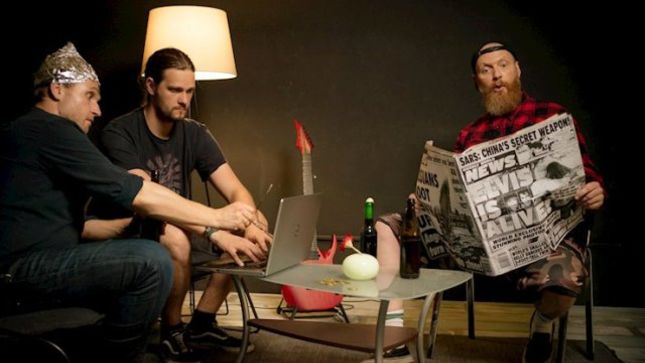 In 2018, The New Black guitarist Fabian "Fabs" Schwarz took a bold step out of his comfort zone by launching a solo project dubbed Who Brought The Dog. The independently released debut album, Welcome To The Man Cave, was a far cry from anything he had recorded before in that he consciously kept his metal roots locked away while experimenting with a rock sound that found its way into the realms of indie, blues, alternative, funk, jazz, punk and even pop. Comfortable as a multi-talented musician and vocalist but concerned about having lyrics of matching calibre, Fabs enlisted the help of Canadian heavy metal journalist, Carl Begai (BraveWords), a partnership that ultimately shaped the musical direction of the album. This collaboration continued through 2019 as Who Brought The Dog found its footing as a live act with drummer Philipp Klinger and guitarist Benjamin Haupt, resulting in a new and equally schizophrenic album, No World Order. It will be released on October 4th via MDD Records.

Another labour of love for Fabs and Carl, No World Order features 10 songs that follow a similar path to the debut and expand on the Who Brought The Dog sound. Lyrically based in the world of real people and real situations - and in the case of "Who Brought The Dog", a shameless tribute to the project - the songs are based on a solid rock foundation with Fabs building on it in unexpected directions. Combining jazz-oriented grooves with Bollywood soundbytes ("When The World Stops Turning"), an AOR big band vibe ("Saviour To None"), or dance club beats gone rock ("Dark Side Mary"), these are just a few examples of the "no fear" attitude that makes Who Brought The Dog stand out in a cluttered music scene.

Heading into 2020, Who Brought The Dog will take things to the next level with official videos and more live shows. The songs earmarked to bring the Fabs' new music to the world - "Celebretard", "No World Order" and "The Music Man" - showcase various facets of his musical personality, from quirky fun, to straight ahead rock, to provocatively dark. No matter the respective musical direction of the 10 songs on the album, however, there is never a dull moment.

As cliché as it sounds, it's best to go into No World Order expecting the unexpected, which is what the world needs right now. 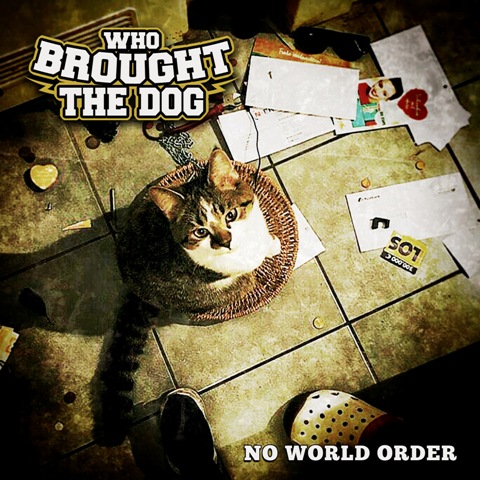 "Playing it safe means better off dead." - Who Brought The Dog