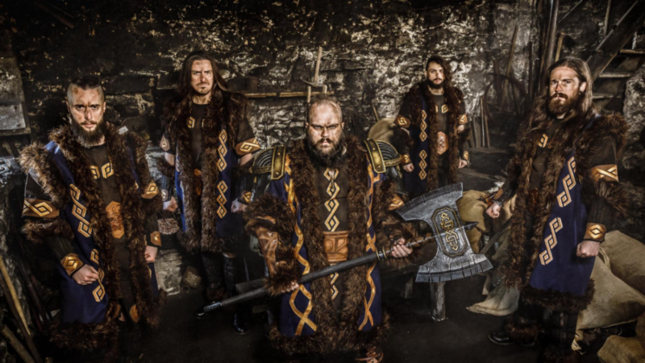 Forged in fire! The dwarven army returns from the misty mountains with new epic songs and fantasy-filled stories. Wind Rose is releasing their fourth album, Wintersaga, on September 27 via Napalm Records. It includes the viral smash single, “Diggy Diggy Hole”. Watch a guitar and bass playthrough video for the song below:

After their breakthrough album Stonehymn, appearances at major festivals as Bloodstock Open Air and successful tours with bands like Finntroll, Wintersun, Ensiferum and Eluveitie, Wind Rose are now ready to continue their journey through mountains, ice and snow! The Dwarven army is now stronger than ever and so will be the next album. The Dwarf and his army are coming and with them a new wave of folk power metal.

Wind Rose on Wintersaga: "Dwarves from all around the world, this September we will gather our axes and hammers once again to retake what belongs to us. Hear the call of the last moon of autumn, feel the approaching shiver of Durin’s Day, we will rewrite the books with a new story that begins with the 'Wintersaga'."

The album is available for pre-order here, and will be available in the following formats:

“Of Iron And Gold“
“Wintersaga“
“Drunken Dwarves“
“Diggy Diggy Hole“
“Mine Mine Mine!“
“The Art Of War“
“There And Back Again“
“The King Under The Mountain“
“We Were Warriors“