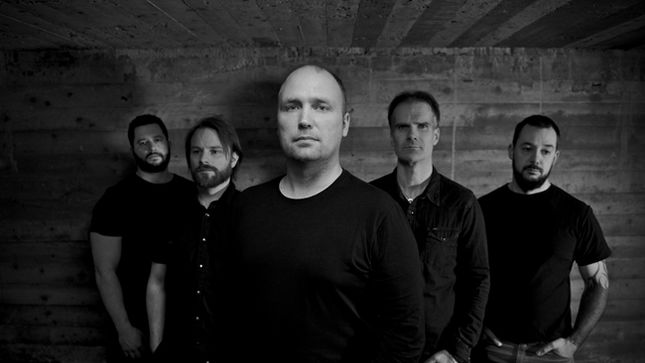 Sensory Records has locked the summer release date for Machina Viva, the vast fifth studio album from leading Swedish progressive metal outfit, Wolverine. The band has created a brief trailer for the record, including the first sample of audio from the album as well as its cover art and more. View the trailer below.

Recorded and produced by Wolverine in various locations throughout Sweden during the fall and winter months of late 2015 and early 2016, Machina Viva was mixed at Spacelab Studio in Germany by Christian "Moschus" Moos (Everon, Haken, Delain, Cloverseeds), and mastered by Grammy Award winning audio engineer Bob Katz.

A natural progression from the band's previous album, Communication Lost, released in 2011 via Candlelight Records, Machina Viva invites the listener into the harmonious yet portentous and sullen musical dimensions of Wolverine with perhaps their most dynamic album to date. From the fourteen-minute epic and powerful "The Bedlam Overture" and the dark electronic landscapes of "Machina," to the naked and organic nature of "Pile Of Ash" and "Sheds," Machina Viva is the next step in Wolverine's explorations in the progressive field. The layout features microbiological photos by Arturo Agostino and cover art by drummer Marcus Losbjer. Additionally, the CD edition will bear an additional bonus cello version of "Pile Of Ash”.

Wolverine's first title for the Sensory Records division of US progressive powerhouse Laser's Edge, Machina Viva will see worldwide release on July 8th. Additional video and audio samples of the album will be issued over the weeks ahead.