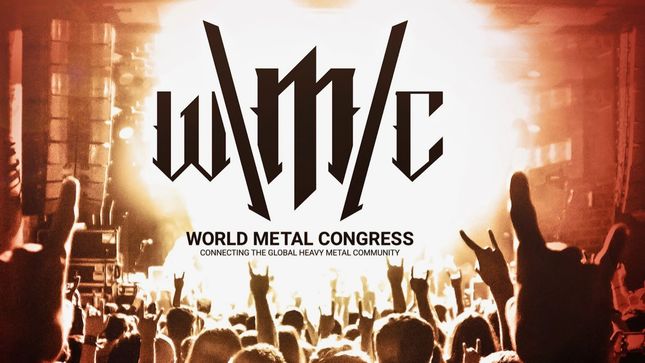 The inaugural World Metal Congress will be held on March 22nd and 23rd. The latest additions to the lineup is Jake Shuker, lead singer of celebrated Syrian metal band Maysaloon and Monzer Darwish musician and director of the film Syrian Metal Is War. The Syrian Metal Is War film will also be premiered at the event; check out a trailer below:

Jake Shuker, Maysaloon comments: “I'm so excited to be a part of this landmark event! The World Metal Congress will put the metal scene in our war-torn country on the international map for the first time ever. I formed my band Maysaloon in Damascus at the height of the Syrian conflict in 2015. I cannot wait to share our experience with the global metal community at WMC.”

Monzer Darwish, musician and Syrian Metal Is War director says: "When I first started filming Syrian Metal Is War back in 2013, I wanted to help preserve the Syrian metal scene in any way possible. What triggered this idea was the loss of many of my friends whom I witnessed transform from being artists and musicians into being soldiers fighting on different front-lines and for different causes. It's so hard to imagine that no one will ever know who these people really were and how war and circumstances forced them to change.

“That's what I am trying to remind myself and my friends with this film, that we are musicians, artists, performers, creatives and metalheads... and war shouldn't change who we are.

“I think the World Metal Congress is doing the same thing, it’s reminding us of who we are by sharing our stories and our work and by bringing us together in a move that would have been impossible to do on our own. I’m so happy to be part of this event!"

Representatives from every field will come together to discuss, promote, and celebrate the incredible success and scale of heavy metal music from India to South Africa to Singapore and beyond through panels, documentary film premieres and live music showcasing the unparalleled global impact of one of Britain’s greatest cultural exports.

“This is a world-first,” says Milas. “In these troubling times the fact that this music resonates with people of every colour and culture and creed is an incredibly special thing, and we want to shout that from the rooftops. With the w\m/c we’re creating a unique forum to help bring that truly global community together, and we’ve already had a phenomenal response.”

“I’m really pleased to hear that the World Metal Congress will be taking place in the UK,” says Tony Iommi, the founding guitarist of Black Sabbath. “The metal community is huge but rarely gets the recognition it deserves. My best wishes for a successful event.” 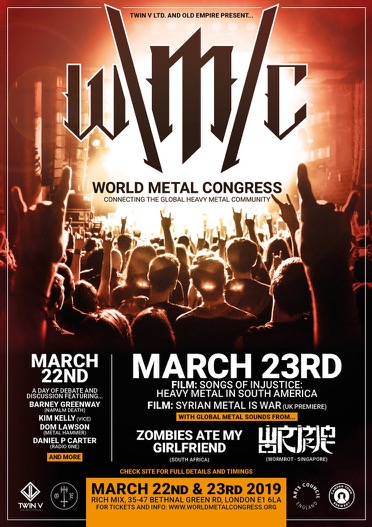 Created with the support of Arts Council England, an industry-facing conference on day one will feature key decision-makers from labels, festivals, media, and the artists themselves including BBC Radio 1, Wacken Festival, Music For Nations, Vice, and Barney Greenway of Napalm Death among many others.

Day two presents documentary films highlighting metal’s triumph over adversity and a live gig from Singapore’s Wormrot, one of global metal’s true success stories, with much more to be revealed in the coming days.

A full programme of events will be announced in the near future through worldmetalcongress.org.