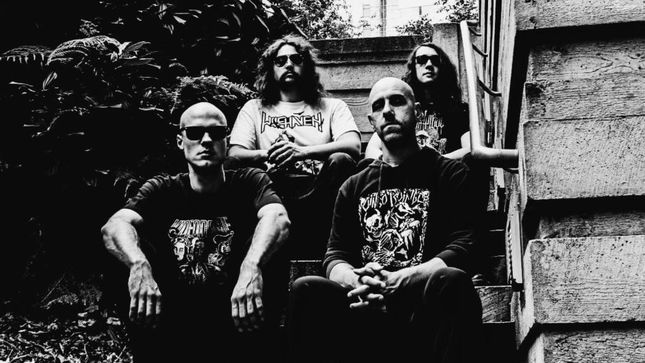 Mixed by Joe Cincotta (Obituary, Suffocation), the group’s fourth overall release reveals a mature, otherworldly sound that is vaguely reminiscent of Death, Bal-Sagoth, and Emperor. Xoth appeals not only to the aficionado of complex time signatures, key changes and melodic composition, but also to the good ‘ol heavy metal enthusiast. Thematically, Xoth mixes themes including sci-fi, ancient mysteries, emerging catastrophes, and social commentary, lined with a layer of humor that is as magnetic as it is unsettling.