AKURION – Come Forth To Me 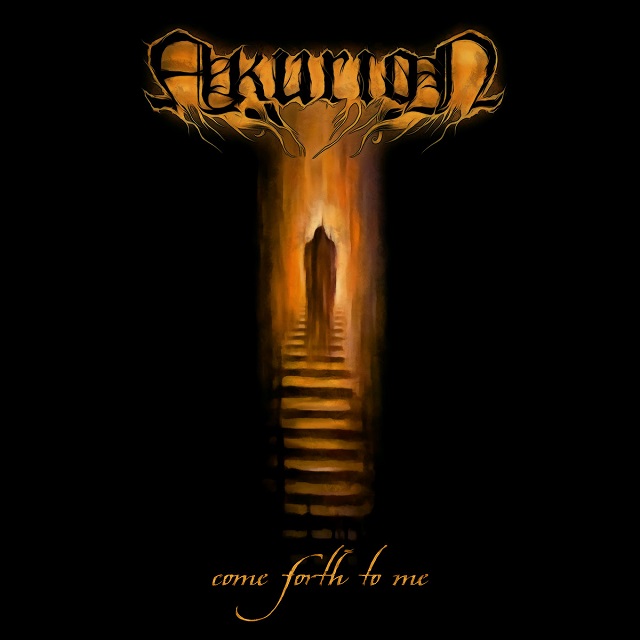 Safe to say some eyes on Canada are on this debut from Montreal’s Akurion, what with Mike DiSalvo (ex-Cryptopsy) on vocals, Rob Milley (Neuraxis, ex-Phobocosm) on guitars, Oli Pinard (Cryptopsy, Cattle Decapitation) on bass, and Tommy McKinnon (ex-Neuraxis and Augury) on drums.

And this is ambitious stuff, opener “Leave Them Scars” being 9:29 of pure progressive death metal, the band reaching high here, and although sometimes it feels a bit like a hodgepodge, it’s an enjoyable track that races past fast enough, as does considerably more concise second cut “Petals From A Rose Eventually Wither To Black”, the band grinding through technical death metal with lots of breathing room, the songs not complete tech-fests although still struggling to be very memorable. “Yet We See Them Not” slows things down to breathe even more, and it works, the band really crafting atmosphere here, this huge (8:14) track opening up then closing to grind, then bringing in operatic vocals, which really signals, okay, we’re going in that direction. The 11:40 “Souvenir Gardens” gets very experimental, soundtrack-y, spoken word… so by mid-album, the message is clear: this is going to be difficult. And, unfortunately, this album tends to meander a bit; instead of commanding attention, the songs feel like they’re wandering nowhere. “Bedsores To The Bone” and “Year Of The Long Pig” get down to some fantastic death-grind, and it’s great to hear DiSalvo behind the mic again, but I just yearn for an album a bit more concise than this well-done but difficult one.