AT THE GATES - To Drink From The Night Itself

review black death at the gates 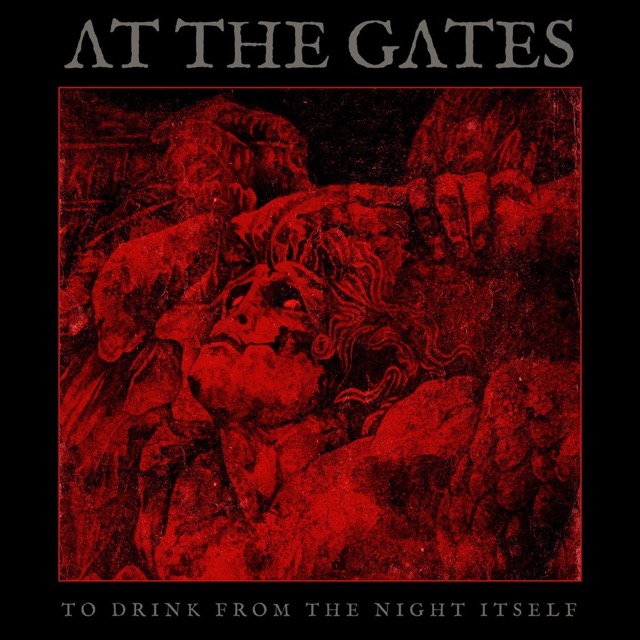 Let’s be real: a new At The Gates album is never just a new At The Gates album. It’s a collection of songs that are imbued with expectation, lore, and revisionist history. Because, let’s be real again: had At The Gates not broken up in 1996, there’s a real chance that the band would have never reached the massive levels it had attained by the time it reunited in 2007. Sure, Slaughter Of The Soul was a landmark. And, clearly, it’s still a pivotal record today. But, a band breaking up sometimes creates unexpected consequences that follow the laws of supply and demand so linearly. What’s that they say about absence making the heart grow fonder? In the metal scene, it translates to, “I can’t believe I didn’t see those guys live when they were around!” And, then, when they reunite…

Which is not to downplay the At The Gates catalogue before the breakup in ‘96. Though Slaughter Of The Soul gets all the attention, its precursors were unique and, very surprisingly to those who discovered At The Gates through Unearth or Darkest Hour, unmelodic, or at least unmelodic by melodic death metal standards. But, despite that, had At The Gates stuck around for the late ‘90s and early 2000s, the band might nowadays be spoken about in league with Seance, or Sorcery, or Nirvana 2002, or any number of Swedish bands that have put out legitimately strong records without the legitimately strong sales or the historical recognition, save for the few diehards who specialize in Swedish death metal archives.

The (belabored) point is that putting on a new At The Gates album is never just about 12 new metal songs. There’s perspective, and history, and contemplation involved.

Luckily for us then, To Drink From The Night Itself is an immediate record that draws you in quickly through the title track and “A Stare Bound In Stone”. And, what’s noticeable here, even initially, is how much more genuine this album is when compared to At War With Reality. At War With Reality impressed almost universally when it was released and contains some great material, but having revisited the album recently after not having to listened to it for a long while, I was struck by how At War With Reality feels very, very aware of its legacy and the massive weight of expectations on its shoulders. This was Slaughter Of The Soul’s follow-up, and At War With Reality wasn’t about to forget that fact. Or, maybe, it couldn’t forget.