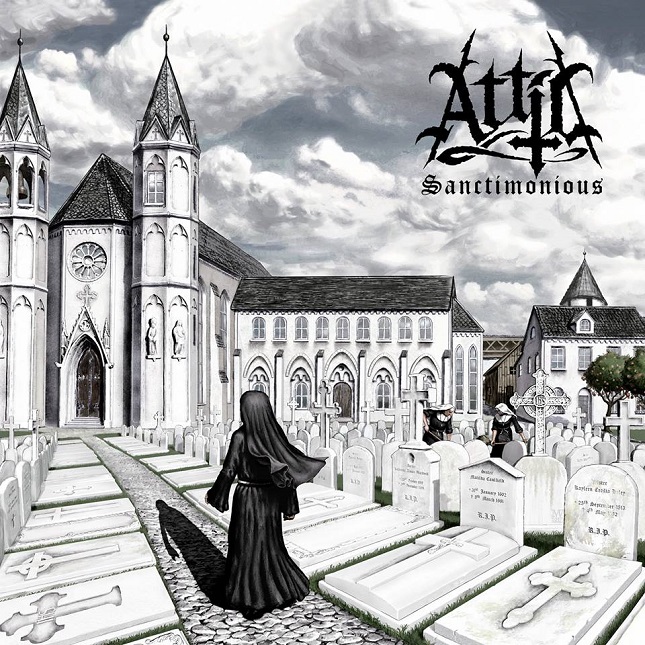 Germany's favorite King Diamond (band) fanatics return for album #2, the first in five years. Like their mentor, this is a concept album, the tale of a Mother Superior who abuses the nuns in her care. Following an instrumental liturgical organ intro (“Ladicium Dei”) they storm right into the nearly thrashing title track, complete with variation between falsetto/sinister normal range.

Best example? Probably “A Serpent In the Pulpit”, a more mid-tempo track with falsetto clearly in the foreground and acoustic guitar passage sandwiched in the middle. Looking for something a little more vicious? How about riff happy “Penalized”. Throughout the (un)lucky 13 selections Attic often utilize introductions, which are included in the overall count. Spoken voice-over (“Scrupulosity”), atop return of eerie organ introduces “Sinless”. More organ (“A Quest For Blood”) to start speedy “The Hound Of Heaven”). Acoustic guitars return, early in “Dark Hosanna”, a more refined offering. “Born From Sin” is a full-on burner and the “There Is No God” finale nails the lid shut, with blazing guitar and “No Presents For Christmas” vocalizations. With no new KD projects on the foreseeable horizons, his minions would do well to score a “fix” in the meantime. Good stuff!