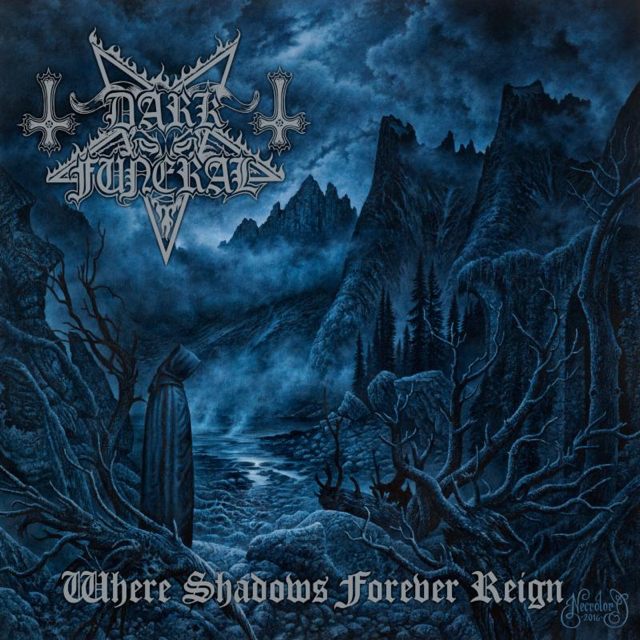 Like a loved one standing on the deck of a combat-scarred battleship, waving goodbye to the weeping masses congregated to bid a somber farewell, black metal is off to war. As the ship fades away into the all-consuming fog of sea, a tear can be seen carving a crooked path down it's corpsepainted jowl. This single, poignant tear is not one born of fear for the ensuing carnage; it is, in fact, a tear filled with horrific-yet-beautiful images of the coming bloodshed, as black metal valiantly - heroically - dispatches the enemy in a brutal and decisive victory. Who is this formidable enemy, you ask? It is the false - the pretenders to the throne of black metal.

Intelligence reports suggest that this enemy is cunning - preferring to avoid confrontation, instead choosing to amass legions of blind followers who espouse apocryphal ideals that spit in the face of the originators, the true warriors of black metal. Geared in haute couture battle attire, the enemy has armed themselves with weapons that spew forth privileged, snotty-nosed post-rock/shoegaze anthems that are intended to lull listeners into a state of insipidness. If black metal does not act quick, there may be no return for these poor souls.
From the shadows lurks a highly-specialized squadron. They are an elite division of corpsepainted leviathans, summoned to protect and serve the sanctity of black metal. Mobilized once again with the weapons of old, the members of Dark Funeral - with their latest effort, entitled Where Shadows Forever Reign - march onto the battlefield with the confidence and poise of seasoned, havoc hungry veterans.

In an ode to their fallen brothers in Dissection, Dark Funeral pulls the trigger on their trusty flamethrower - spewing forth literal flames of hell fueled with both malevolence and melody, leaving a trail of scorched earth in their wake.

This return to old-school battle techniques is a welcome one. Where, one time, the front-lines of black metal saw a never-ending, shoulder to shoulder brotherhood espousing black metal's hideous gospel, the last several years has seen a decline in enrollment, either going awol (Dimmu Borgir, Emperor), or near desertion (Ulver, Burzum, Darkthrone, Satyricon, Enslaved, etc). Now, this isn't to imply that any of these bands should be labelled as turncoats; not at all. In reality, many of them have chosen to fight different battles - personal battles with perceived stagnation and artistic freedom.

In the wake of this changing of the guard, the fires of true, elite black metal have been reignited. There is once again interest - a palpable hunger - for that old-school sound. Where Shadows Forever Reign harkens back to that mid-to-late 90s Scandinavian sound, coming across as the best parts of Dimmu at that time (minus the keyboards), intertwined with the literal blackened storm that is Dissection's Storm Of The Light's Bane - even crossing into similar melodeath riffing at times.

Quite honestly, this is black metal perfection. Dark Funeral has - out of nowhere - upped the fucking ante on this sub-genre... nothing even comes close to touching the exquisite fusion of 90s-era melody and extremity found on this album. It is a staggeringly awesome listen from start to finish.

The war has been waged with Where Shadows Forever Reign, and victory over the false - the pretenders to the throne - is within our grasp. Long live True Scandinavian black metal.