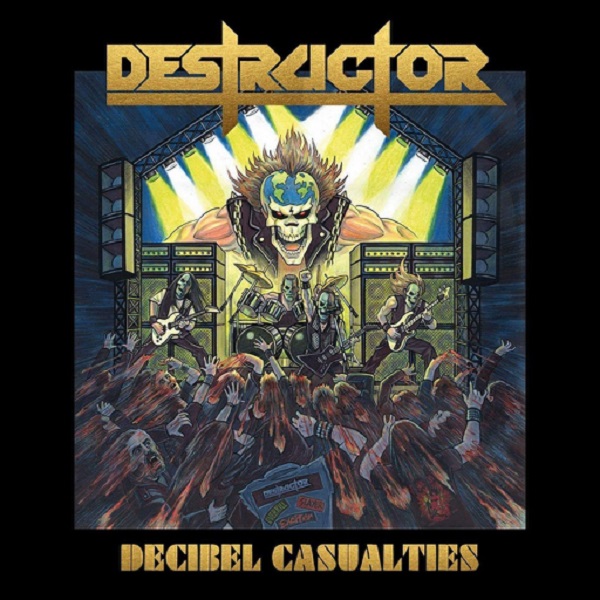 Long running Cleveland, Ohio thrashers continue to dish out goodies. Might be middle aged men, but the name of the game is still speed and aggression. Taking the name of an (in)famous '87 demo, Destructor issue another eight songs, although slower “Metal Spike Deep” (which has a vein running back to the NWOBHM faves of their childhood) has been in the live set for at least half a decade. Still led by the caustic voice (and guitar) of Dave Overkill (backed, for the last 32 years, by mainstay drummer Matt Flammable), “Restore Chaos” comes out swinging, plenty of aggro guitar and simple, easily remembered (often titular) chorus.

Apart from a late swath of dual guitars, “Keep The Faith” clicks like a runaway locomotive. A drum roll and scream kick off “We Are Ready”, a non-stop fury of amplification. Similarly musically minded “The Last Days”, with extended musical passage and falling down the stairs drumming, contains an anti-Rapture/scripture streak. Speaking of non-verbal’s, “Fiery Winds” is a full-blown, 2:42 instrumental. Sustain guitar feedback and intermittent drum notes commence “Metal Till Death”, a tune whose lyrics are almost exclusively “Heavy metal for life, heavy metal till death”. Things end, much as they began, a wholesale assault on the senses, “In Hell”, with a (perhaps tongue-in-cheek reference to local legends Black Death) quirky/indulgent section within its midst. Some things never change and for that, Destructor fans are grateful.