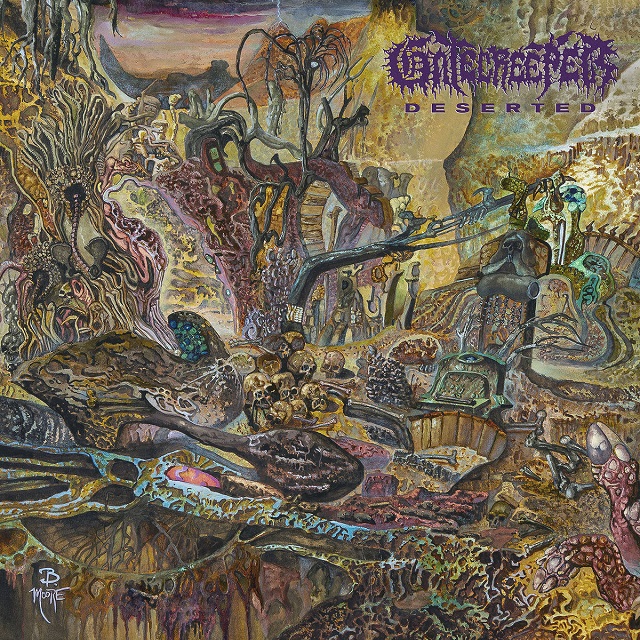 Buzzing death metal young pups Gatecreeper are back with their second album, following up 2016’s cool debut Sonoran Depravation. Deserted holds no huge surprises, but tradition-upholding DM rarely does: the opening title track starts things on the battlefield, raising an ale to toast Bolt Thrower while storming the enemy simultaneously, the doom trudge making way for a death stomp, and that stomp continues through “Puncture Wounds” and “From The Ashes”, songs that show this band’s skill at navigating old-school Floridian mid-tempo death metal.

I love it when they go low and slow though, as in the beginning of “Ruthless” or on sludgy closer “Absence Of Light.” “Everlasting”’s opening lock-step groove brings me back to the excitement of spinning a new Obituary record as the ’80s turned into the ’90s; the song’s slow doom-death and double-time death polka brings to mind early Paradise Lost and Bolt Thrower duking it out on a desolate battlefield, a wonderful sound indeed. You could blindfold me and play me both Gatecreeper albums and I couldn’t honestly tell you which one is which, but I’d very much enjoy it if you blindfolded me and played me both Gatecreeper albums, so let’s do it.