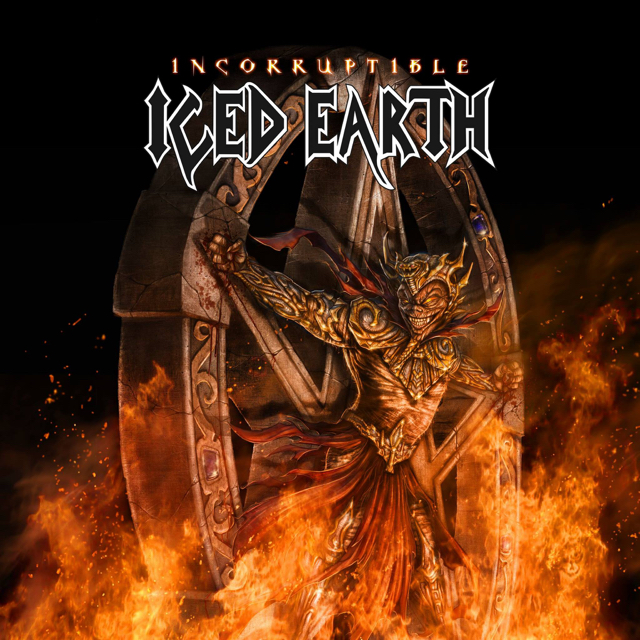 In a word, the ten latest selections show a restraint not exhibited heretofore, especially coming on the heels of vicious Plagues Of Babylon. That's not to say it's mellow, or a sell-out, but a (pleasantly) unexpected turn, this late in the band's career. “Black Flag” is a pirate metal song, Iced Earth style, reiterating the scene during a buccaneer battle, Stu Block nailing his now signature high notes. Acoustic begun “Raven Wing” (an early lyric video) is one of the strongest numbers, showcasing the band in quieter tones. Dynamics have always been the Jon Schaffer strong suit. That said, still odd to have subtle tunes back-to-back, “The Veil” being the closest to a legitimate ballad since “When The Eagle Cries”, which was a completely different beast (lyrically/emotionally). After a pair of slower tracks, “Seven Headed Whore” kicks off with a paean to Slayer and never lets up.

Two in a row deal with native American/indigenous peoples, first “The Relic”, which ends most softly, then the 6:35 instrumental (apart from some shamanistic chant), “Ghost Dance (Awaken The Ancestors)”, with hints of tribal rhythms and prominent drumming. Sonically, “Brothers” is part “Nothing Else Matters”, part “Red Baron/Blue Max”, while “Defiance” sees Block back to his forceful delivery and shrieking best.

Taking a page from Iced Earth history, as well as a nod to fellow tour mates, Sabaton, “Clear The Way (December 13th, 1862)” recalls the decimation of the Irish Brigade, in the Battle Of Fredericksburg, during the American Civil War. If “Raven Wing” is the premier slower song, this one is the album's overall stand-out. After intro, enlivened by an almost punky vibe, nearly as adrenaline fueled as its namesake charge into battle. Midway through, there's the echo of pipes and battle noises, before returning to the hardened guitars. Can't wait to hear it live!