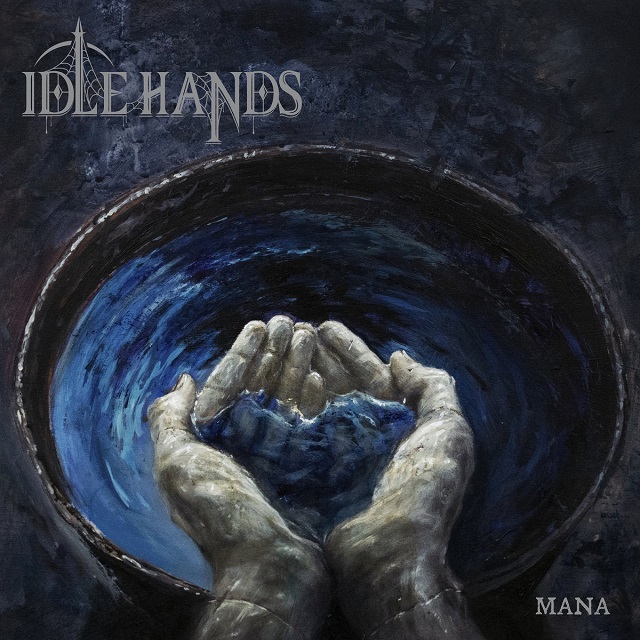 For those familiar with the Portland, OR trad metal act Spellcaster, the band broke up in 2017, but their roots have sprouted up two new acts – Silver Talon and Idle Hands. While the former possesses that straight in your face speed metal, Idle Hands is more laid back, exploring gothic rock infused with the traditional metal dressing. Their full-length debut is a wicked mix of In Solitude, Type O Negative, and latter day Paradise Lost.

Ever since In Solitude dissolved in 2015, I was wondering if anyone was going to capture the essence of their 2013 album Sister, a masterpiece of metal eloquently combining gothic rock/metal with traditional elements. Idle Hands delivers on all fronts and while they don’t have the long drawn out songs In Solitude have, Idle Hands has all the aesthetics spiked by a punkish flair. Singer Gabriel Franco sounds like a combination of Peter Steele and In Solitude’s Pelle Åhman. There is a certain undertone of melancholy in the music and a desperate hopefulness in the vocals. Sitting at 11 tracks, only three pass the four minute mark. The melodies are carefully crafted and will make for repeated listens, especially the punkish bounce of “Cosmic Overdrive”, the saddening beauty of “Dragon, Why Do You Cry” and the emotional “A Single Solemn Rose”. Mana is truly an exceptional album and if you’re into that moodiness like the bands I’ve mentioned before, than be sure to get on this as you won’t be disappointed.