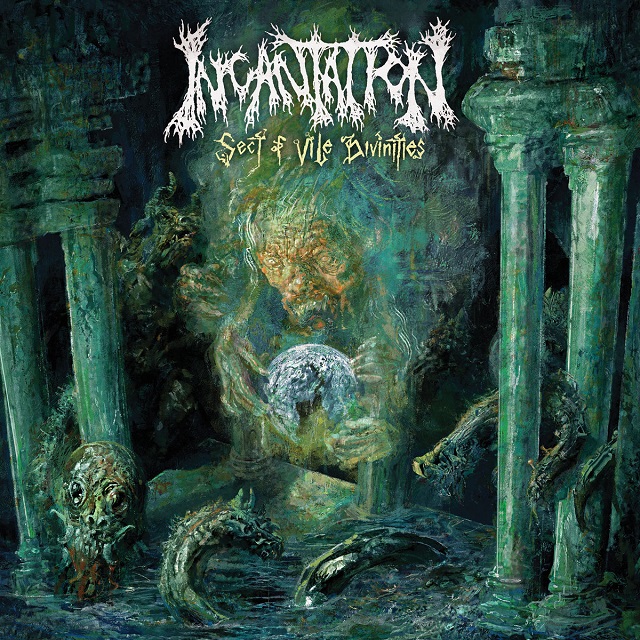 I realized a few years back that Incantation—a band I hadn’t spent a lot of time with during the original DM boom of the early ’90s—were basically laying down what to my ears is perfect music now. New albums aren’t so much as a surprise as they are a continuation of the last, the band’s non-stop DM grinding and cavernous crawling just morphing together into one huge ball of grotesque glory, here on Sect Of Vile Divinities Incantation doing what we need them to, no more and no less.

I always like it when Incantation’s production is a bit murkier, but, man, here things are as crystal clear as can be, but it’s refreshing, it works, the band showing just how heavy open space can be in the lumbering “Entrails Of The Hag Queen”, for example. Then a brisk blaster like “Guardians From The Primeval” shows the bands skills at both grinding and the mid-tempo jog, while “Black Fathom’s Fire” starts noisy and just gets noisier as the band squeals through the double-bass-led mid-tempo march down to the caves. I love the sludging “Scribes Of The Stygian”, a late-album monolith if ever there was one, the band then closing things off with the mighty “Siege Hive”, Incantation once and for all proving they are the kings of their particular sub-realm of extremity, Sect Of Vile Divinities simply the latest proof of that.