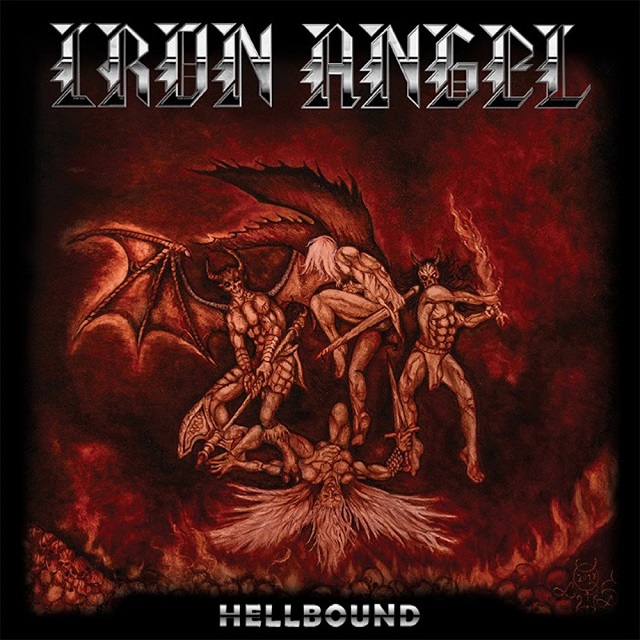 OK, the name Iron Angel is active again, with original singer Dirk Schröder still at the helm. HOWEVER, anyone expecting Hellish Crossfire Part II (and who wouldn't be hoping for the same?) is in for a severe shock! While the Eighties output was on the heavier end of metal, verging towards the burgeoning global thrash scene, much of this material is closer to Accept, which isn't a bad thing, just not what a certain generation of fan wanted.

Punishing double bass drums, start-to-finish, gritty vocals and spirited guitar solos. A frenetic "Carnivore Flashmob" gets close to yesteryear. It is followed by likewise aggressive "Deliverance In Black". Just when you want to dismiss the "Blood And Leather" opener as a misstep on an otherwise flashback disc, "Hell And Back" scales back to mid-tempo Teutonic metal (minus the "thrash" tag). The disc seems to fight this dichotomy throughout, almost alternating between: do we completely embrace the past (old style) or play it safe with traditional German metal? Old school guitar squelches on "Judgment Day" and rudimentary constructed "Ministry Of Metal" get the head rattling, yet still sounds too cleanly produced. The grime has been sanitized. "Purist Of Sin" is the exception, with Schröder straining his vocal chords, to the point of shredding them. Then, inexplicably, the trad metal anthem "Waiting For A Miracle", decrying the state of mankind. Thankfully, disc closer "Writing's On The Wall" leaves a good taste in the mouth, as this platter is devoured. Decent return, just could/should have been so much more. It's hard to live up to a legacy!