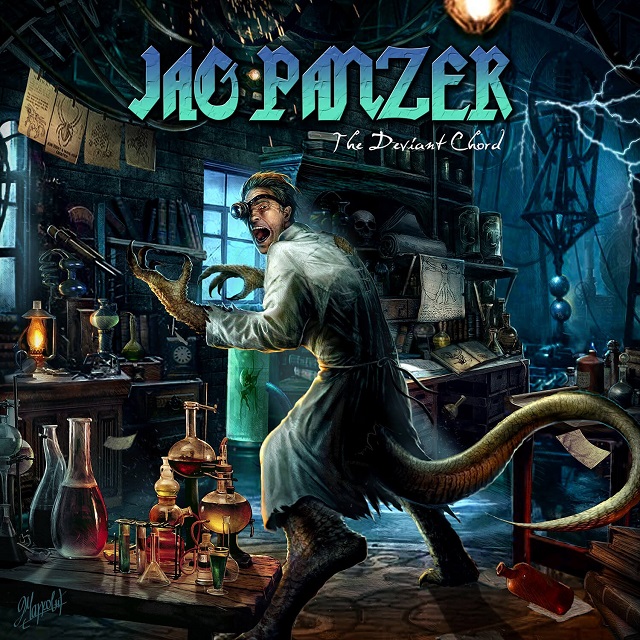 U.S. power metal veterans, Jag Panzer, has returned with its comeback album The Deviant Chord. The Colorado-based band’s future was looking rather grim since releasing its excellent and most successful album The Scourge of the Light in 2011.The Deviant Chord is probably the most varied album Jag Panzer has ever recorded, yet the classic Jag Panzer-isms are all over its 10 tracks. Opener “Born Of The Flame” contains a speedy, mid-paced double bass gallop and vibrant riffs. Harry sounds great throughout the album as his range is immaculate after 35-plus years, while the guitar tandem of Mark Briody and Joey Tafolla conjure up blazing solos, fiery riffs and Maiden-esque harmonies to pleasing results.

The ultra-catchy chorus of “Far Beyond All Fear” is classic Jag Panzer, reminiscent of the band’s 1998 The Age Of Mastery, and although the Irish traditional tune “Foggy Dew” has been covered hundreds of times, Panzer puts forth a very metal sounding effort. “Divine Intervention” and “Salacious Behavior” contain heavy slabs of Judas Priest-inspired riffs, while the waltz-inspired ballad “Long Awaited Kiss” adds a different dynamic to the heavier tracks. The Deviant Chord is a decent affair, but ultimately lacks those big hooks to keep each track running with high intensity. However, it’s great to have Jag Panzer back.