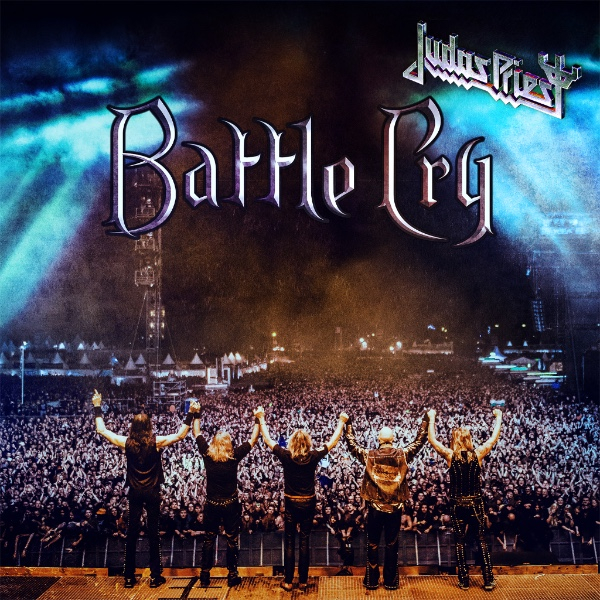 Let’s be honest: the world isn’t exactly clamoring for yet another Judas Priest live package. But, hey, Battle Cry is Priest live at Wacken – metal’s ground zero – playing new tracks from Redeemer Of Souls, so this latest live album/Blu-ray/DVD  is unique as a moment in time sort of thing. In short: all is forgiven, and we’re on board with this collection of sin after sin. Aside from Turbo, which was admittedly the product of another era entirely, Judas Priest has never truly lost its way like most of its contemporaries have at one point or another. Priest has arguably been heavy metal’s most fiercely loyal group in terms of the genre's sound and its lifestyle: there’s been no existential soul-searching in the Priest camp, and no we’re-not-metal proclamations (for the sake of argument, Rob Halford’s 2wo is left out of the equation as it’s not strictly part of the Judas Priest catalogue… and, hell, the guy has atoned and then some). Even the Ripper albums during the ‘90s - a decade Slayer's Kerry King rightly calls “weird” - kept it true and molten.  And while Iron Maiden long ago decided to explore the long and winding road that is prog and Black Sabbath has had its own sets of abysses that have stared back, Judas Priest has always soldiered on in a linear way, deftly understanding what it is and confidently moving forward without pretence. Because of that self-awareness, and because of its absolute dedication to its craft and credo, Priest even managed to massively influence another generation entirely, spawning the likes of Primal Fear, 3 Inches Of Blood, and Powerwolf among countless others.

Which is why the flaws in Judas Priest’s live show sting just that much more. Negatives first: the fact that Rob doesn’t know the lyrics to many of these songs is disappointing on a multitude of levels, and it’s pretty obvious that he’s reading off the Teleprompters near the monitors. The sunglasses don’t hide it, and neither does looking at the crowd assuredly for a few seconds during the anthemic chorus parts. As well, the fact that Battle Cry disproportionately focuses on guitar player Richie Faulkner, K.K. Downing’s replacement, is also disappointing, though it’s understandable as the 36 year old is the youngest on stage and he has genuine charisma. But, hey, he didn’t create this legacy: the rest of the band did. And, call me a purist, but that’s where the focus should be, instead of showcasing the photogenic new guy too much.

In its totality, however, Battle Cry is an enjoyable package, particularly for long-time Priest fans. The visual quality is top-notch, and the performance is visceral, on point and impressive, especially given how long this axe has been swinging. Sure, there’s some occasional missed notes and weird stuff going on with the drums at points, but that adds to the authenticity of the performance and is part of the genuineness that people crave from these types of releases. Further, the setlist features the hits but also impressive new material, and it’s eye-opening to hear how well “Halls Of Valhalla”, “Redeemer Of Souls” and “Dragonaut” fit in with the classic, iconic tracks.

While Judas Priest has been chronicled live before, Battle Cry is a strong summation of the band’s statement of purpose and legacy and acts as an important archive for metal fans of any of the genre’s vast sea of variations. And, not to be a downer, but in the spirit of grim realism, it’s important to pay Judas Priest some real attention while we still can. Let’s not forget that some of metal's most influential are sadly now on the other side, and they'll probably want to call many of their friends to come party in the coming years.