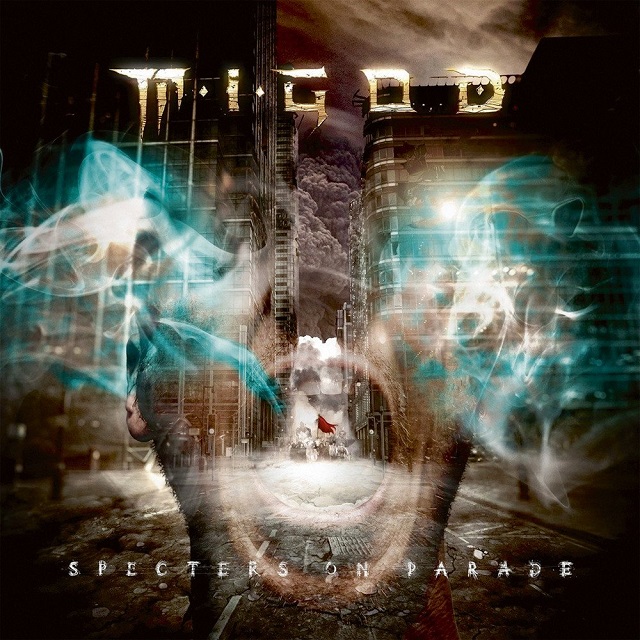 Germany's M.I.GOD. have been kicking around since 2001, having released a handful of albums worthy of their small and loyal following, but nothing to make the jaded journalist stand up and take note for more than a few heartbeats. Until now. Specters On Parade is not only the best album of their career - their first since 2012 - it's one of those records where people in-the-know wonder why in the hell M.I.GOD. hasn't been picked up by a big label and put on a well-deserved promo pedestal.

Specters On Parade is a bold concept album featuring 20 tracks - ten full songs separated by brief soundscapes - that focuses on the protagonist's internal battle with his mind. Heavy, melodic and dark, vocalist Max Chemnitz proves to be remarkably versatile with his mid-range, which is two steps shy of being one of those smoky goth voices yet all metal right up to hitting the highs, and using death metal growls as a nuance rather than part of the big picture (brilliant decision). Likewise, guitarists Uli Holzermer and Dan Hess shine from beginning to end, whether it's charging in as riff monsters, playing it soft, or soundtrack atmospheric. Guitar riffs and tones range anywhere from Queensryche to Dream Theater to Devin Townsend to Static X depending on the song, and it has to be said that drummer Eric Wunderlich stands out in a very Portnoy / Rockenfield way, providing a solid metal backbone without being overbearing.

Song arrangements are anything but simplistic or phoned in, and it becomes readily apparent early on that M.I.GOD. spent a shitload of time composing these tracks and fleshing out the concept. The album starts and ends quietly but the songs never lag, and there is always some sort of prog-weirdness around the corner to keep you on your toes (see "Weight Of A Million Souls") in case you thought you knew what to expect. "Specters On Parade" ranks as the album cornerstone, but the vocal / guitar shred of "Bound To A Daydream" is off the rails, and "We All Belong To The Dark" is perhaps the best example of what M.I.GOD. is all about in 2019. And the softest track on the record, "Tears Of Today", has the vibe and appeal of a modern day "Hysteria" if you're into that sort of thing. Unexpectedly fitting on an album that crushes skulls when it opens for business.

M.I.GOD. have been taken to task in other reviews for breaking up the momentum of the album with the soundbytes (which range from 25 seconds to 2 minutes) and it's a fair argument, but this was never meant as immediate gratification. In fact, I question whether some of those journalists actually listened to the album in full because it has so much to offer that they clearly missed. Specters On Parade is for the folks that grew up with and were enveloped by the magic of Queensryche's Operation: Mindcrime and Savatage's classic Streets album. For the cut & paste / stab & grab generation, this is high quality mindfood too rich for their preferences for the bland.