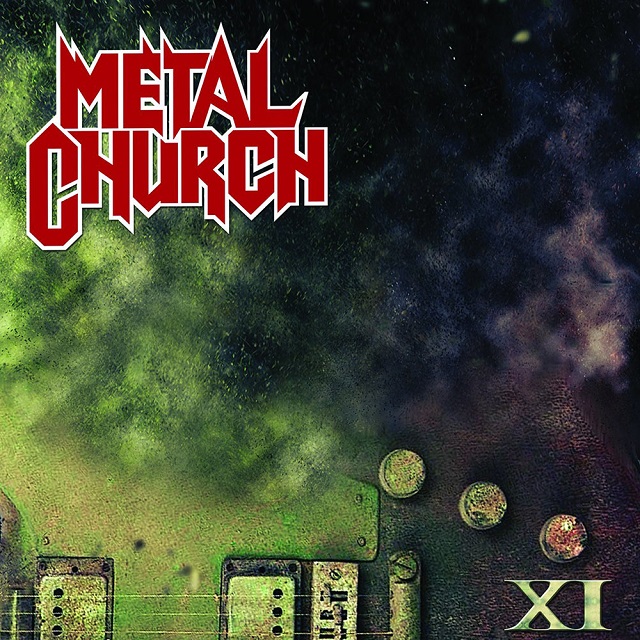 Metal Church will put your faith back into heavy metal. Full disclosure here as I’m a bit biased. The first two Metal Church releases still get a ton of (bricks) play in these ears and they were both vastly different slabs of heaviness at the time. The debut was epic and The Dark was frighteningly heavy, leader Kurdt Vanderhoof and singer David Wayne pushing the boundaries of heavy metal in an emotionally vicious manner. Sadly we would only see one more album with David Wayne prior to his ultimate demise in 2005. And Metal Church pretty much imploded before guitar guru Kurdt Vanderhoof resurrected a new line-up with former Heretic singer Mike Howe and the band continued to build on their classic heritage with Blessing In Disguise and The Human Factor, which saw them take part in the ill-fated Operation Rock N’ Roll tour in 1991. It went downhill from there with 1993’s Hanging In The Balance. And that’s where Metal Church lost me and the faith of fans, despite Ronny Munroe trying to breathe life into the beast.

But here we sit in 2016, with both Vanderhoof and Howe licking their past wounds and reuniting on XI, which emerges as the logical progression from The Human Factor. Ahhh, to be a fly on the wall when these discussions were being had, as Howe had pretty much put the music biz in his past. But upon first listen to XI, he’s certainly kept up with his chops and the internal fires have been reignited. “Reset” and “Killing Your Time” come barrelling out of the gates, whereas “No Tomorrow” begins with a tasty acoustic intro until the power of Jeff Plate and Steve Unger takes hold in galloping fashion. Fans are gonna eat this up. The brilliance of Metal Church shines with mid-tempo melancholy such as the epics “Sky Falls In”, “Blow Your Mind”, “It Waits” and the excellent seven minute-plus “Signal Path”; Vanderhoof is such a master of string arrangements, whether it be a chugging riff or gentle acoustics and the latter track has plenty of both. But truly the return of Mike Howe is the show-stealer, the clarity and bite of his voice makes for a raucous return.

It’s hard to touch the two treasured albums that put Metal Church on the map, but XI sits proudly with Howe’s output with the band. And lead track “Reset” puts it eloquently: “Feeling good, feeling strong, didn't think I'd last this long.”