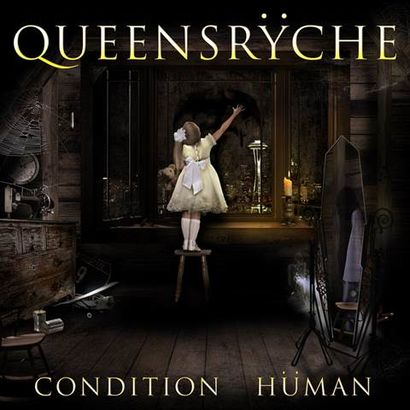 It’s amazing what a singer change can do for a band. With an incredible history that these Seattle legends has and the whole Geoff Tate saga reaching its conclusion a couple of years ago, the Rÿche is rejuvenated with the banshee Todd La Torre at the mic. The 2013 self-titled “comeback” album provided a glimmer of hope and Condition Hüman is the full on resurrection bringing all the elements that endeared fans to the heyday of Operation: Mindrime and Empire.

Nothing encapsulates this more than the opener “Arrow Of Time”, the best Rÿche song written in 20-some years. Duelling guitars with slick leads pump this speedy opener with La Torre showing more evidence why he is the right singer for the Queen’s empire. The first half of this album boasts qualities that fans have been waiting for with progressive tendencies, a commanding chorus that should hearken back to a certain time period in “Guardian”. “Hellfire” has a mysterious, haunting acoustic intro that erupts into a rocking cycle and stomping rhythm.

It should be noted that La Torre’s vocals are outstanding and unstoppable, the man given the opportunity of a lifetime as the Queensrÿche collective journey towards a new type of promised land as it were. La Torre sings with such clarity and power and while in some instances he reminds of Tate (“Selfish Lives”), he also showcases a gruffer edge that his predecessor didn’t.

There is a lot of diversity which may be much to digest as some of the middle act has a more modern edge with the bass driven “Eye9” and the sad, plodding “Bulletproof”, plus there’s a ballad “Just Us” that could be considered a sister to “Silent Lucidity” with the lyrical content and similar composition. It would have been great if another speedster was fitted into here, but that’s a minor gripe more than anything else. The title track is the closer and almost 8 minutes; the longest cut they’ve had in 21 years! The track boasts a Mindcrime quality with lyrics dealing with a negative outlook on society and has a stop-start rhythm in the concluding section that really gets the message across. A very jarring way to end the proceedings.

I don’t think many fans saw this coming (including myself) that Queensrÿche could still churn out quality metal with the band wallowing in mediocrity for years, but La Torre has injected life into a band that was desperately needed and is easily their best album since Empire.