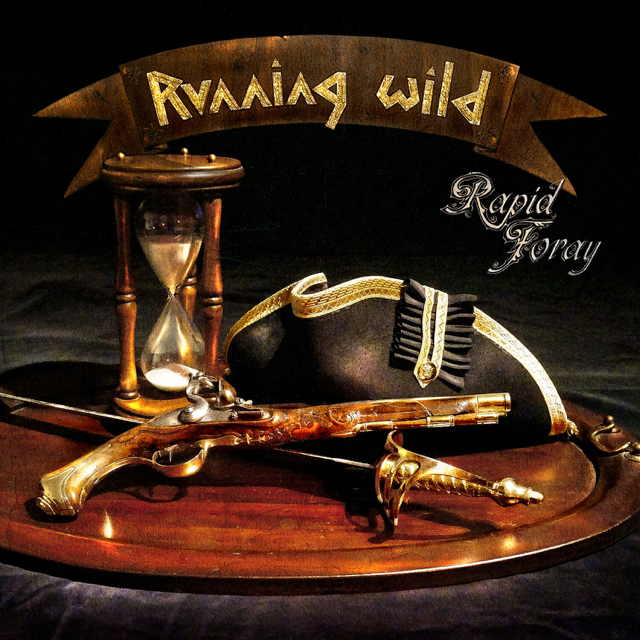 Yes. Now this is more like it! Hamburg is the third busiest port in Europe, so tales of the open seas make sense. While Rock n Rolf Kasparek has gradually rounded his reactivated band of pirates into shipshape (dipping his toes in the water w/ 2012's Shadowmaker and taking a bigger plunge, on Resilient,a year later), this is lively and exciting, recalling classic late ‘80s Running Wild. That's not to say it's a carbon copy, though. The opening pair, “Black Skies Red Flag” and especially the speedy “Warmongers” (easily his best song in more than two decades) launch a shot across the bow, signaling this batch of eleven mead-swilling anthems are more than mere cannon fodder. “Stick To Your Guns” is a mid-tempo, Teutonic metal stomp. Can practically see the head shakes and synchronized stage moves.

The title track utilizes a backing chorus, as does the slower, sing-along “By The Blood In Your Heart” which is augmented by bagpipes. Can see that one being a big hit in German beer/concert halls. There's a 3:56 gritty twin guitar instrumental (at times, reminiscent of Accept) in the form of “The Depth Of The Seas – Nautilus”. Returning to the seafaring lyrics, “Black Bart” sails on that instantly recognizable Karparek melody. Thar she blows! Honed like a cutlass, the guitar slices through “Hellestrified”, even with an undercurrent of garbled voices, while “Blood Moon Rising” is riff ride. “Into the West' was premiered at Wacken 2015. Here one can hear the lilting simplicity of the vibrant sea chantey. Much like the lasting outing, the disc ends with a leviathan, an 11:11 “Last Of The Mohicans”. Similar to Resilient's “Bloody Island”, it's a soft opening, first spoken word, then lone guitar notes before a couple of circuits around the drums heralds the entire band are ready for boarding. Full steam ahead!