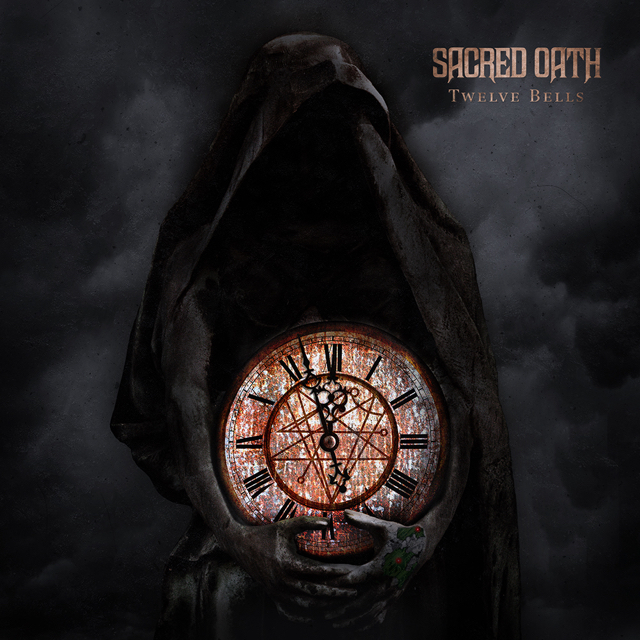 Connecticut’s Sacred Oath has to be one of the biggest hidden gems within the power metal genre. The quartet, featuring vocalist/guitarist Rob Thorne, bassist Brendan Kelleher, drummer Kenny Evans and guitarist Bill Smith, have always delivered with each release in its on-and-off again, 30-plus-year career. On its eighth full-length album, Twelve Bells, the band’s blend of Judas Priest-laden twin leads mixes well with its Fates Warning-esque progressive metal influences.

Opener “New Religion,” about the digital age, will throw listeners for a loop at first with its odd-yet-intriguing Latin a cappella vocal intro. The track soon segues into a tasty blend of John Bush-era Anthrax meets Fates Warning vibe. Vocalist/guitarist Rob Thorne is spot-on throughout the album, as his vicious screams, Geoff Tate-isms and Rob Halford-esque qualities shine through on every track. The razor sharp riffs and numerous melodic leads are also album highlights. The thunderous “Electric Eye”-esque Judas Priest-influenced intro of “Bionic” may just be the pinnacle of the whole album, recalling a similar vibe as “Counting Zeros” from its 2009 self-titled album. The 61-minute runtime may be a tad too long for some, and the back half is not as dynamic as the front end proves to be. Tracks “Well of Souls” and the pseudo-rapped “Eat The Young” take a little more effort to warm up to than some of the other tracks. However, the Armored Saint-isms of “No Man’s Land” and the ominous King Diamond-ish buildup of closer “The Last Word” fill out the rest of the album nicely. Twelve Bells is a testament to Sacred Oath’s perseverance and focus on its craft.