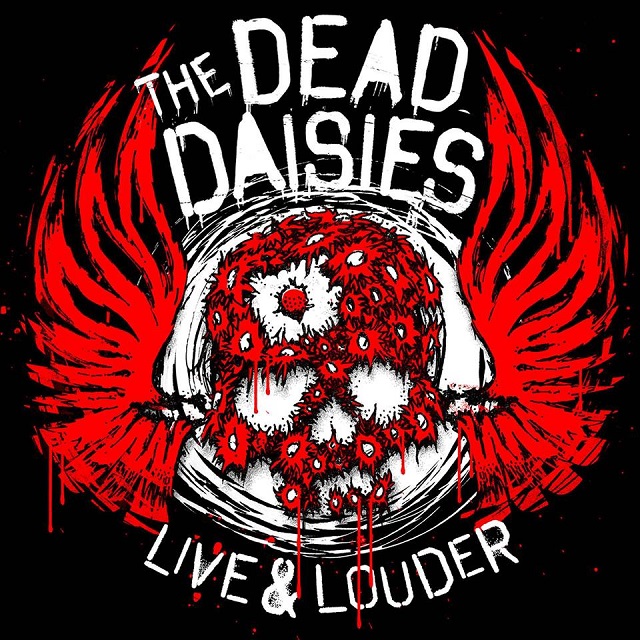 Recorded on tour in 2016 at shows in France, Austria, England, and Germany, Live & Louder is quite possibly the best sounding live album, ever! Vocalist John Corabi, guitarists Doug Aldrich and David Lowy, bassist Marco Mendoza, and drummer Brian Tichy deliver an enormous concert experience, brilliantly mixed by Anthony Focx (Aerosmith, Metallica). Never has reliving what went down on stage been so damn authentic! With unbridled energy oozing forth, the sound is so good that The Daisies should seriously consider recording what would normally be their next studio album, live. A perfectly sequenced 16-track set pulls eight songs from last year’s superb Make Some Noise album, four from 2015’s Revolucion, and one from the self-titled debut, along with extraordinary covers of “Helter Skelter” by The Beatles, as well as “We’re An American Band” by Grand Funk Railroad; and pretty cool band intros to boot. The sheer power in the delivery of originals “Song And A Prayer”, “Mexico”, and what’s jokingly referred to as the ballad “Mainline” is undeniable and oh so enjoyable. This is the level all other bands should aspire to!

And that’s only half of it! Also included is an 85-minute DVD featuring a documentary, tour recap, slideshow, and videos. So much more than just bonus footage, the must-see documentary features one-on-one interviews with all five of The Daisies as they cover numerous topics ranging from stage fright to signing sessions. The tour recap is full of top notch highlights including the Freedom To Rock Tour and KISS Kruise. In 2016, The Dead Daisies played to over one million people! For each and every one of them, Live & Louder is the ultimate souvenir, and for those who have yet to participate in the life-altering experience that is a Daisies show… this is the irresistible invitation to catch them next time they’re in town.