DEATH ANGEL – “The Struggle Is Real” 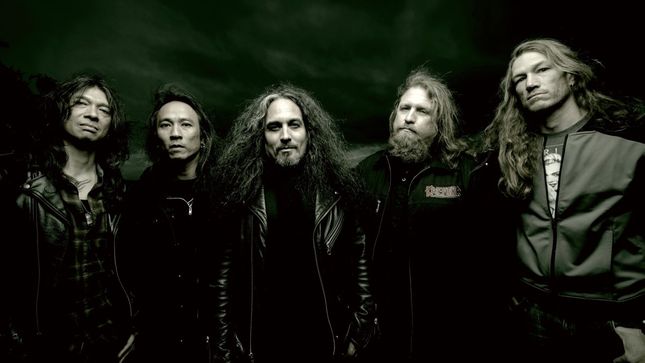 Thrash metal titans Death Angel return with their ninth studio album Humanicide. The California rippers are one of the defining groups of the genre, breaking ground with early tours alongside Metallica, Megadeth, Slayer, Overkill, Exodus and others. Founding member and guitarist Rob Cavestany caught up with BraveWords to talk the aggression and angst of Humanicide, career advice, layers of their thrash sound and the impact and lasting legacy of Slayer.

BraveWords: It has been three years since Death Angel released The Evil Divide. What is that feeling like now, nine albums deep, in the lead up to Humanicide? An album that sees you continue to try to push yourselves creatively.

Rob Cavestany: “You put every single ounce of energy and emotion of your life into its creation, at least I do. It’s a bit like giving birth. We’re stoked about it and we worked our asses off on this album. It doesn’t get any easier. You’ve used your initial ideas up for decades and you’re trying hard to be creative and just be natural and let it flow. At the same time you can’t help but be concerned that for people who know our music that they’ll be satisfied. I so want our fans to love what we put out. I’m quite concerned with making the right decisions.”

BraveWords: Take me through the process of building a new record at this stage for the band. Do you have a general concept or idea of the shape or scope?

Rob Cavestany: “Like every album it sort of naturally takes shape. We start to write, I’ll give the music to Mark and check out the first few sets of lyrics that he comes up with. I’ll look at his lyrics and I can definitely gauge where he’s coming from and I can see the overall concept taking shape. Fortunately and unfortunately it’s not hard for us to tap into the right emotions that are needed to feel what is to become Death Angel music. In the realm of metal and aggressive music it’s all about getting that intense energy. A lot of, to put it blatantly, a lot of anger and frustration to vent out into your music.

“Our music is kind of like the blues for us. We take the things that are frustrating us and spill it out into our music. It’s kind of a release, but hopefully other people can relate to these things, because they’re common human emotions and people can relate to these things, they’re things that every person goes through. Their struggle or challenge to survive in this day and age. We tap into those things and there’s a lot to tap into, because there’s a lot to challenge us, still, to this day. Goddamn it. It’s our life with music, balancing our normal life and our music on the road, constantly gone trying to make it happen life. We’re not getting any younger and we’re not necessarily getting really huge and comfy either. The struggle is real. But it is also a part of our lives. It’s all in one. 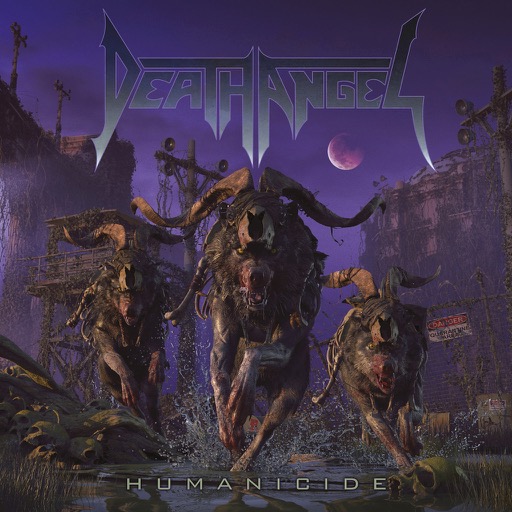 BraveWords: Real talk, is Mark Oseugeda the most underrated frontman and vocalist in metal? He is in fine form here on Humanicide.

Rob Cavestany: “He has to be one of them, for damn sure. He’s beyond a metal vocalist, that’s one of the reasons. He loves all kinds of music, as do I, loves flat out great screaming. He’s got emotion for days and can express his words with such clarity and such feeling that you can hear and feel what he’s saying. I couldn’t imagine being a partner with any other vocalist in this band and in this genre.”

BraveWords: You guys have never fit perfectly into the mold of the stereotypical metal band, often mixing up various styles and influences in your albums. Has that been a conscious effort, as a way to stand out amongst the noise?

Rob Cavestany: “I know some people like that about us and at the same time some people don’t, because we definitely push the envelope in various directions. At the same time I’m just trying to stay true. We love lots of kinds of music, as many people do, but we just want to incorporate that into our sound, as we’ve done for many years.

“It’s kind of tricky trying to stay in the parameters of metal, but I know that people who listen to thrash or metal must love their rock too. You can only like a narrower sound of music, but a lot of people have a wider dimension for musical styles. I wouldn’t feel right if I didn’t allow some of that to happen into our music. At the same time it’s cool because it’s sort of our identity, sort of sets us apart from other bands in this genre. It is part of our sound and our formula and we just let it happen. But that’s the beauty of it, that different bands have a different style and sound.” 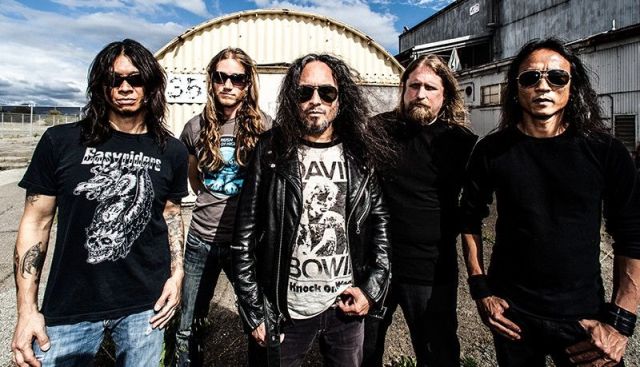 BraveWords: What’s your assessment of the thrash genre in 2019? Do you see it as being guarded and guided by the old guard? Or are you seeing a new breed of bands taking up that flag?

Rob Cavestany: “A little of both, and there should be. Whatever band you are and whatever level of the game that you’re in, you should have the attitude that you are doing your best to steal the crowd, to kick fucking ass as hard as you can. It’s a bit of a friendly competition, but also push each other to be the best you can be. That goes all the way back to the early days in the ‘80s when all those bands were up-and-coming, when we were all playing clubs together and flipping the order of the support bands. There was a huge comradery, as there is now, but at the same time there is an underlying competition between people to blow the other guy away and do the best you can to steal the crowd, steal the crown and have high hopes for your band.

“I don’t blame the newer cats for giving it their best shot to topple the older school cats. At the same time we’re doing it amongst ourselves and everyone should be trying to stay at the top of their game at all times and do the best that they possibly can to impress the crowd, have a killer time and impress the other bands as well.

BraveWords: Thinking back on the history of thrash, you can’t really assess the impact and building of the genre without thinking of Slayer. With 2019 being a continuation of their farewell tour, how would you assess their impact on not only thrash, but the metal genre as a whole?

Rob Cavestany: “Slayer, the mark they made on metal, on thrash and on me is huge, to say the least. If you go to a show in between bands when there’s a silent moment, what’s the thing you’re going to hear yelled out? SLAYER!!! It’s the ultimate man. Everything about them. The evilness that they brought. To me, out of all the thrash and metal bands that represent the scene and the genre, they’re the most, I don’t know about offensive, but if you want to piss off your fucking neighbours, that’s the fucking band I’m going to blast at the top volume. They fucking own that. And not to mention the caliber of their songs, their riffs, their artwork for their album covers. Everything about Slayer, they represent the scene all the way. It used to be Metallica for me for the longest time, but after a while I had to recognize the total brutality of Slayer.

BraveWords: Looking back now, through the highs and lows, setbacks and monumental moments of Death Angel, what would be some advice you’d pass on to your younger selves? Because you all were still kids, realistically, when this thing got started?

Rob Cavestany: “Try to absorb and enjoy every moment as it is happening and try not to be looking forward at all times and focus on what you’re trying to get at in the future. You tend to try to focus on the goal that’s ahead of you and miss sometimes what’s happening in the moment. Quite often. Knowing this would make you enjoy and cherish every moment of it and not let it fly by as it sometimes was. Also maybe pay more attention to things I could have learned faster when I was too young and too stupid to realize I could have been getting a really good lesson in this moment from a producer, a manager, someone in the industry who was more experienced, knowledgeable and older than we were, which was everybody, because we were young, inexperienced and stupid, and crazy. I picked up a lot and I did do that a lot. Maybe if I had done it more than things could have advanced quicker and better. But who knows?”