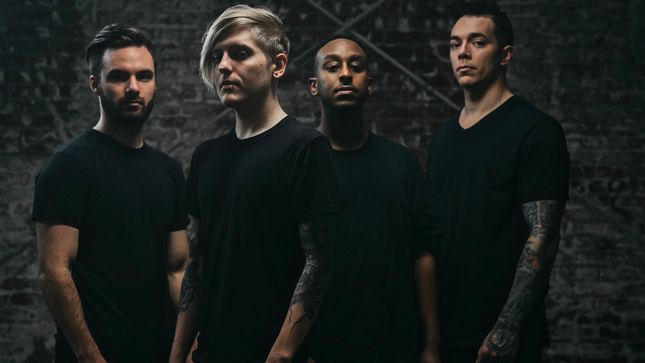 Washington’s resident deathcore luminaries Enterprise Earth aren’t shying away from the tough stuff on their latest ripper of an album, Luciferous. Indeed, it is a cathartic piece of work for frontman Dan Watson, who throws his very heart and soul into the lyrics backed by driving, punishing deathcore.

“The whole album is about a transformative phase that I went through a little bit before and during the process of writing lyrics,” Watson tells BraveWords. “The lyrics, as I was writing them, in themselves were actually healing for me, which was really awesome.”

From the lyrics to the album art, which show the hermit from tarot cards, the entire concept delves deep into Watson’s psyche, examining past traumas as a way of purging emotions long kept buried in isolation. 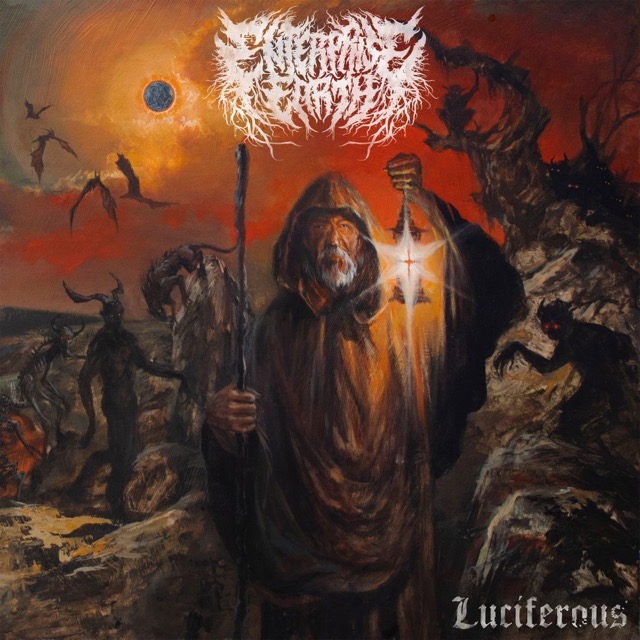 “The lunar eclipse in the background kind of depicts a kind of darkness and introspection. This character is kind of wandering the depths of his compartmentalized pain and suffering and his facing his inner demons instead of suppressing them and ignoring them like he did, like I did, my entire life. The lyrics aren’t just about that, but me noticing that and finally tying to be happy and move on with my life and noticing that all these scars keep popping up and preventing me from being happy, almost like a self-defense mechanism. I have to search inside myself for that truth.”

There’s catharsis dripping from every cut of Luciferous, from the epic, sweeping “There Is No Tomorrow” to the standout battle-cry against anxiety, “Sleep is For the Dead” and blistering “Scars Of The Past”.

“I think it is very therapeutic in a way, especially performing the songs live,” he explains.

“I’ve written songs in the past that were more theatrical and more fiction based. For instance Patient Zero had a lot of myself and my own emotions in it, embedded in the meaning of the lyrics, but the lyrics are written in a manner that was more theatrical, like I was writing out a script for a horror movie scene by scene. With these songs it’s different. I’m just going in depth. I still go scene by scene but it’s like living through past traumas and past ideas and a lot of them are symbolic with eradicating myself from toxicity.

“Live I notice that these songs mean so much more to me and there’s so much more stage presence and so much more emotion and fight when I’m on stage playing these songs. For me it is therapeutic, and it doesn’t matter what the crowd is doing or anything like that. I shut them out and I’m like literally screaming in their faces. Almost like they’re my enemy, they’re my pain.”

Produced by Jason Suecof (The Black Dahlia Murder, August Burns Red, Demon Hunter), Luciferous is pure deathcore at its heart, but with plenty of room for style-bending in a sub-genre constantly defended by metal purists.

Defenders of the “pure brutality” of death metal might attack the addition of classical guitar or more melodic elements on the record, though Watson is quick to dispel any fears of disappointing diehards.

“I’m not worried about those people at all,” he admits. “Honestly I want fans who can connect with us on a deeper level and not just the surface level identity of the genre. If we lose fans because we decide to step outside of the box and do what we wanted to do as artists, then see you later.”

Having previously toured with the likes of Dying Fetus, Whitechapel, Thy Art is Murder and Chelsea Grin, Enterprise Earth recently wrapped a North American headline trek in support of Luciferous. So, what are the fans saying?

“So far every show that we’ve played new songs people are ecstatic and excited about it, like holy shit,” says Watson.

“For me it feels really good to finally see that come full circle back to us. We fought so hard over the years touring and fighting hard to gain fans and to get our footing right. I feel like with this album and these new songs we’ve sat down and decided what we wanted to do and nailed it, in our opinion. We are confident in ourselves so I feel that the confidence translates to the fans. That’s something that we haven’t had before.

“I feel like in the past with past records we were going to release the record and internally I was thinking ‘I hope this goes well.’ Our future depends on it, if the record does well it decides our fate for next year, possibly even two. With this next record, Luciferous, I personally feel that this is it, this is our record and I’m excited about it. If the reception isn’t exactly what we want it to be it doesn’t matter, because we’ve already achieved so much for ourselves.

“For me I want the people who resonate and the people who will and can connect with this music to do so. I just want to get it out there. I know that some people need it.”