LEAH – Towards A New Adventure 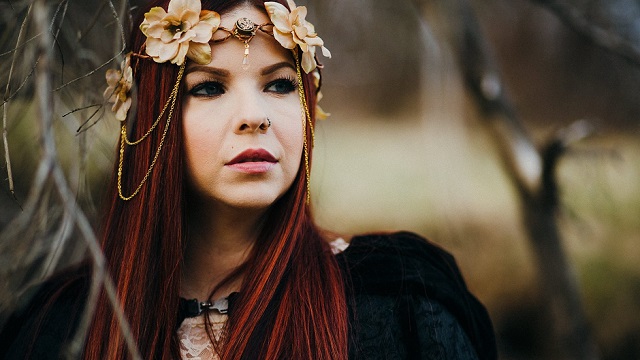 Celtic singer Leah is back with her album The Quest, recently released by Inner Wound Recordings. The album takes on a moodier approach, focusing more on atmospherics dipped in fantasy and medieval themes. The singer takes BraveWords through the making of The Quest, genres, and if there is any plans to finally perform live.

BraveWords: Let’s talk about The Quest, how does this differ from your previous albums? Are listeners in for a surprise?

Leah: “The general theme is the same - Celtic, folk, and fantasy mixed with heavy rock and metal, but I'd say my previous album was heavier. This album is a lot more focused on the mood, medieval and fantasy vibes, and less on ‘how heavy can I make my songs?’ I like a little prog, so it has a few of those moments, and I think much stronger vocal arrangements.”

BraveWords: Starting off the album with the 10 minute title track is quite bold! Talk about that decision to lead off with the title track and what The Quest represents?

Leah: “It had the perfect intro to set the stage, and immediately takes you on a quest, musically and emotionally, so I thought ‘why not start with that?’” 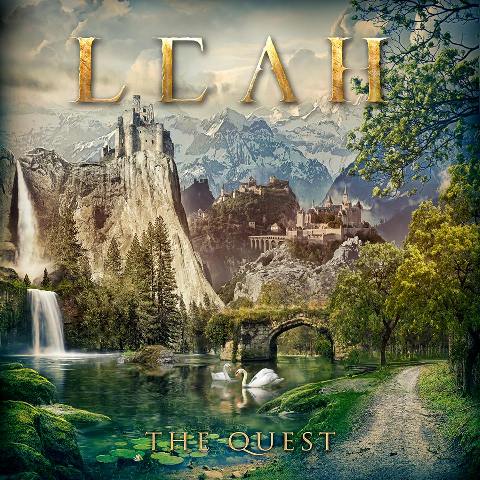 BraveWords: The album is really more atmospheric and a little light on the metal elements. Was that intentional?

Leah: “This time I did not set out to fit my music into a box. I resolved to let the music take on a life of its own without worrying about how heavy it is. It certainly is not mainstream enough for radio, that I am sure of! It still has epic guitar solos, proggy time signatures, a few blast beats and great riffs throughout - but it is indeed much more atmospheric, and I'm happy with it!”

BraveWords: “Edge Of Your Sword” features contributions from Delain, Blind Guardian members? How did you get them involved in the track?

Leah: “There are contributions by these amazing musicians throughout the entire album as well. Mostly I've had introductions through mutual friends, and when I had this new project it was a matter of asking them and coordinating time for them to record between their busy schedules with their other bands.”

BraveWords: I sense a theme of exploration in the album – whether it be in love, life, fulfilling a destiny, or searching the unknown. Would you agree and was that purposeful?

Leah: “Definitely, that is the overarching theme. I was indirectly inspired by playing RPG games like Skyrim, so I loved the idea of bringing that world into my music, since it's really part of the human condition. I think it's something everyone can relate to.”

BraveWords: Describe the wondrous landscape that adorns the cover art.

Leah: “I work very closely with my graphic artist, Jan Yrlund. We usually talk about the general idea, and I give him a list of keywords. It's similar to how I write lyrics. I see things visually and in pictures, so I gave him several ideas to work with. The most important thing was to create a landscape that instantly transports you to a fantasy land. That's exactly what he came up with. High cliffs, serene waterfalls and lakes, castles, villages, and of course, a path, taking you to your next destination. It's a visual representation and extension of the music.”

BraveWords: Do you have to get yourself in a certain mindframe to sing these songs or do you find it easy to capture the emotion that goes along with each composition?

Leah: “Writing these songs is different than singing them. Creating songs from scratch, yes, I definitely need to be in a special mindset and headspace. But singing them is just executing one part of the song, and for that, it's much easier to ‘go there’. As soon as I begin singing, it's all about emotion and feeling through it, so no problem there.”

BraveWords: Any particular tracks that stand out to you?

Leah: “Personally I do love ‘The Quest’, and ‘Ghost Upon A Throne’ holds a special nostalgic meaning for me. I wrote that one a long time ago, so it's an evolution of an old song. We called it ‘the song that wouldn't die’ because every time I make an album, it was always a contender, but never made the cut. When working with Oliver Philipps (producer and orchestrator), we were finally able to get that song to how I always wanted to hear it.” 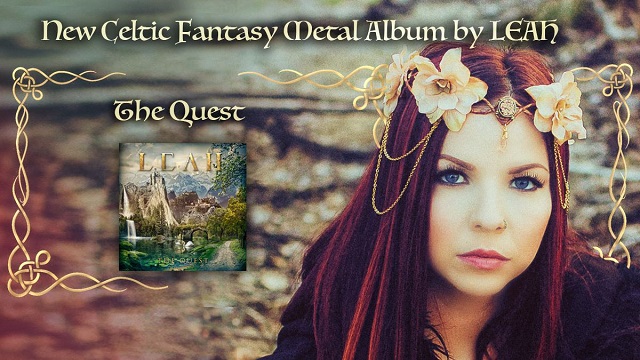 BraveWords: There really aren’t many heavy acts that play your type of music; do you feel you’re at freedom to write the music you want because you’re not pigeonholed into one genre and how do you feel you have evolved as a writer since your first release?

Leah: “I think it will become more popular over time, since people have such a passionate for things like fantasy films, TV shows, books, and RPG games - and my music fits right in there. I always feel freedom, and have never cared too much about the genre - only that I'm consistent in my intention and not all over the map. I like to leave room for experimentation, but also stay within the bounds of what I know I do well. As for my evolution as a writer, I know I've grown. Oliver Philipps really challenged me for the past 2 years - and that was both painful and amazing.”

BraveWords: Describe the attention you received when you teamed up with Testament’s Eric Peterson for the “Winter Sun” single in 2015. How did that come about?

Leah: “Eric and I have been friends for years, and always talked about doing a project together. We finally did one song to dip our toes in the water, and it was received really well! So far people love it and ask me all the time when there will be more.”

BraveWords: Any plans to tour in support of The Quest?

Leah: “Up until now I've been strictly a recording artist. I'm doing things a bit backwards. Most bands tour out of the gate to promote their music and build a following. I'm doing the opposite. I'm building my following around the world first to build the demand. Then, when I can justify a tour, people will hopefully know who I am already! There aren't any plans for the immediate future, but I have the itch, and am making notes about what kind of live experience I'd like to create.”