ME AND THAT MAN – How To Build A Better Monster

feature heavy metal hard rock me and that man 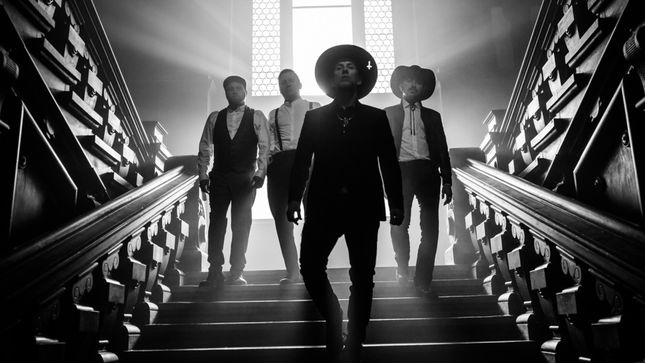 It's a safe bet that nobody expected the man responsible for Behemoth's soul-wrenching metal and creating albums such as Satanica, Demigod, The Apostasy, and The Satanist would turn around and release a record of original songs steeped in American country, blues and folk. But, in 2017 Adam "Nergal" Darski did exactly that, much to the unexpected delight of the metal world. Sure, not everybody bought into it, but the positive feedback from those fans that gave Songs Of Love And Death a chance was enough to cement Nergal's belief that he was onto something. Thus, following the release of Behemoth's critically acclaimed I Loved You At Your Darkest in 2018, he set to writing songs for the album that would become New Man, New Songs, Same Shit, Vol. 1. His game plan was different this time out, however, as Nergal was no longer working with collborator John Porter, and he brought in a host of vocalists to take over the singing duties he'd looked after on the debut. The end result is an album that is very different from Songs Of Love And Death yet remains uniquely Me And That Man, even though Nergal is the first person in line to call the music cliché.

"I was positively surprised by how the debut was received," Nergal begins. "It wasn't magnificent. It was good and very good, and I think the debut is a solid album. It's legit, it's honest, and it's pretty well done. It was my debut when it comes to using my regular voice as a singer, so I can hear that when I listen to the album now. I was still learning, so when I listen to 'Mestwo' on the new album - the only song that I did the vocals for - I can hear the progress that I've made. But yeah, I was surprised that people didn't want to lynch me for the first record (laughs). We had a good following, and every time I would do an interview for Behemoth, every third person would tell me how much they love Me And That Man. It was a job well done, that's for sure."

Metal fans are arguably the most open-minded music fans in the world. According to Nergal, the number of Behemoth fans that gave him stick for Me And That Man when the project initially surfaced were in a very clear minority. 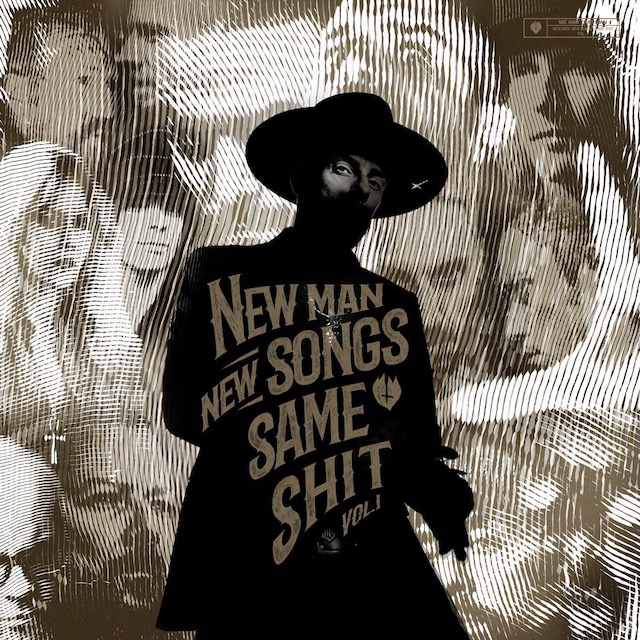 "I'm pretty immune to people's expectations because art, in the first place, is made to satisfy your own ego. You want to get it out of your system and you have to be happy with it. After that you bring it to the masses and if they don't like it, what can I say? I'm fulfilled regardless. You, as a listener, can make my life even more complete than it is by enjoying the music that I'm making and supporting it. That makes the world perfect for an artist. The bottom line for Me And That Man is to get these guys together, play some stripped down rock n' roll, and have fun."

Right out of the box, New Man, New Songs, Same Shit, Vol. 1 made an impact for being everything the debut was not, which was Nergal's plan all along.

"The first single ('Run With The Devil') is quite commercial, and the funny thing is that when we released it there were people saying 'Where's that classic Me And That Man sound?'" Nergal reveals. "I was laughing because we only released the debut record three years ago and we're already considered 'classic'... amazing (laughs). I wanted to surprise people with this record and I did. There are 11 songs, it's a very diverse record, people are saying the singles and the deeper cuts are awesome... holy shit (laughs). I wasn't sure how this record was going to be received compared to the first one, and it has exceeded my expectations."

"I'm not going to spoil the details, but I can tell that as we speak I'm demoing for the continuation of this record. It gives me a lot of motivation to continue in this direction and I have plenty of ideas. I'm simultaneously working on both Me And That Man and Behemoth. So, two days ago I was working on a demo for Me And That Man, yesterday I completed two songs for Behemoth. I don't think I've ever been more hyped and determined and motivated and creatively occupied with making music. That's one of the positives of this Coronavirus isolation. Finally, there is no pressure. I can just focus on my emotions and find the best way to transmit that through the music." 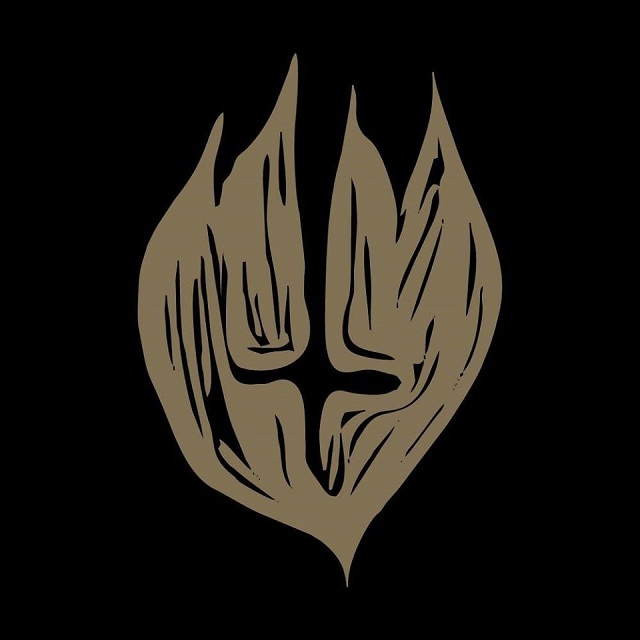 Working on Me And That Man and Behemoth simultaneously sounds like a recipe for chaos in trying to separate the two in one man's head, but Nergal creative process is clear cut thanks to the tools of his trade.

"This is half joke, half-truth, but I just grab a different guitars," he laughs. "Every time I grab my Gretsch it's Me And That Man that comes out because I can't really do fast picking and play brutal stuff on it. For Behemoth I either grab an ESP or my Gibson SG - which is the guitar I carry around all the time - because that's the tool for that band. It's as simple as that."

Nergal reveals the idea for doing a follow-up to Songs Of Love And Death was something that built up over time. A second Me and That Man album was never 100% guaranteed to happen until after debut had time to sink in and make its mark

"With the first record we had songs that we didn't use. I was so creative around that time that I would just go to the studio and record. The song 'Coming Home' on the new record was done before the first one was out. A full demo of 'Confession' with vocals and everything was also finished. I decided to just put those songs aside and see what happened next because we already has the tracklist for the first record. When I started working on the new record I just dug up those compositions and realized how fresh they were. Moreover, there are songs from those same sessions that I'll be using for Volume 2. One song is going to be called 'Blues And Cocaine' and, man, it's gonna be such a banger..."

"Every person that is on the record is a good friend," says Nergal. "Most of them are old friends, some of them are new friends. I just reached out to people. I think I had three failed attempts with other guests, but not because they weren't interested; there were scheduling conflicts that made it impossible for them. I told everyone from the beginning that it was up to them as to what they wanted to do with the songs. They had the demos with full music and full lyrics, but if they felt strongly about changing something they didn't have to ask. It was just 'Go ahead and do it.' Some guys, like Niklas from Shining, changed almost everything, and I was cool with that because what he came up with was way better than my version. I have no problem admitting that. Corey Taylor didn't really change anything. He even kept the same vocal lines. I still have no words to express how humble, down to earth and friendly he is. And when I heard Jørgen's take on the song ('Run With The Devil') I was thinking 'Holy fuck!', so of course we kept it."

"One of the reasons why I like working with Me And That Man, and why it feels so liberating, is because almost every time I receive a track from a guest it surprises the fuck out of me (laughs). The songs sound new to me, and a part of me was thinking they wouldn't sound that great. You can only imagine the look on my face when I got the tracks back from Ihsahn (for 'By The River'). That was a game changer. He got the song with my vocals on it, and he told me that he really liked my singing; 'Why do you want me to sing on this? It's already really good, so can I just do the choruses with you?' I insisted that he do the whole song and he said, 'Yeah I can try.' Well... he's absolutely otherworldly on it. 'By The River' is one of the fan favourites on the record and I understand why." 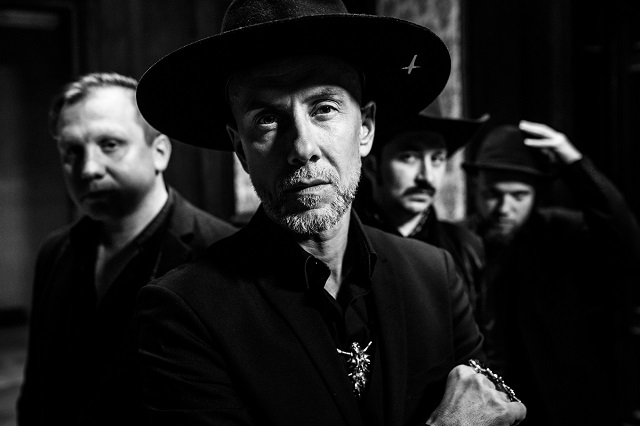 "What really feels awesome about the project is that those guys would say 'Okay, but it's not really my cup of tea..." and they were doing something that they wouldn't normally do on a daily basis. And people go crazy for that. Even though Ihsahn is a good and very versatile singer, he's never sung this kind of music in his life, ever. When he did that - and he fucking pulled it off so amazingly - people were saying they never thought the guy from Emperor could sing so emotionally. The people that know me, know I'm a huge reggae hater (laughs) ....and I've said this publicly, but people like Ihsahn and Corey Taylor could probably do reggae and I'd love it. I'm so blessed to have all these amazing guys on this record. I hope that I'm not the only one benefitting from this record. I can only wish and hope... I would love to see these guys - even a big mainstream guy like Corey Taylor - benefit from what is a niche project."

It's still somewhere between amusing and amazing to realize that the guy from Behemoth and the guy from Emperor - two well-loved and highly respected extreme metal figureheads - recorded a deep and dirty blues song together.

"(Laughs) I think that's absolutely unprecedented, and some of the constellations on the record are unheard of. They've never happened in the music business before. I'm not being arrogant when I say this, but at the very core of this music, which is only two or three chords, it's very cliché and stereotype American blues. There's nothing extraordinary about it. What makes the album magic are the contributions to it. It's in the way I put this puzzle together, and the end result is unique."

Speaking of which, the outro on the last song, “Confession”, is a fine little twist to the end of a record full of them.

"The original demo just had two verses and that was it, so it was a bit too short. We were in the studio, we were tracking the songs, and I told the guys that I wanted to do something that would officially make it the last song on the record. And we were going to fuck with people because it's a lullaby to put them to sleep (laughs). The end of 'Confession' is a 'hello' to all the people who know what I do on a daily basis."