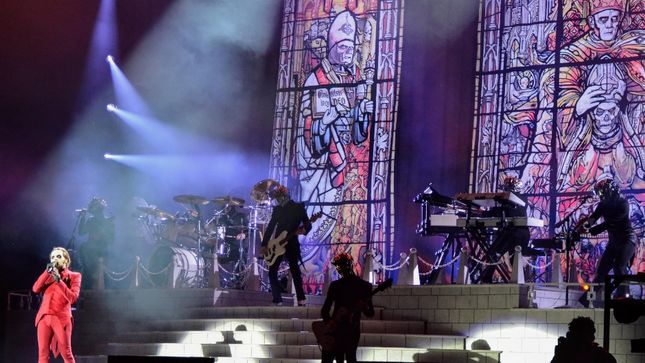 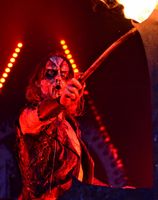 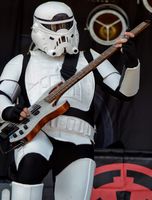 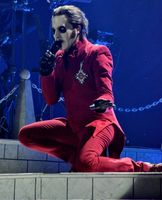 BraveWords took in the first day of the annual Heavy Montreal festival, headlined by Ghost, but with a host of other metallic offerings, including a fiery nighttime display by Watain, singer Erik Danielsson tossing a burning tree limb (used to ignite a variety of torches onstage) into an unsuspecting crowd! The all-instrumental Star Wars music, from appropriately costumed Galactic Empire, kicked off the day. Kataklysm got the fans working early, with a massive circle pit. The current incarnation of Quiet Riot took a trip down memory lane. Ditto the profane comedy of Steel Panther. Killswitch Engage, especially frontman Jesse Leach poured out every once of emotion, on an already draining, hot afternoon. Caught glimpses of American radio past: Godsmack & Evanescence, but the day (night?) belonged to the dueling factions from the darkside: the campy, kid friendly, subversively sexual and anti-religious Ghost, with their most elaborate stage show (and pyro) yet, versus Watain, who pull no punches, laying all their cards on the table. To which camp do you subscribe?