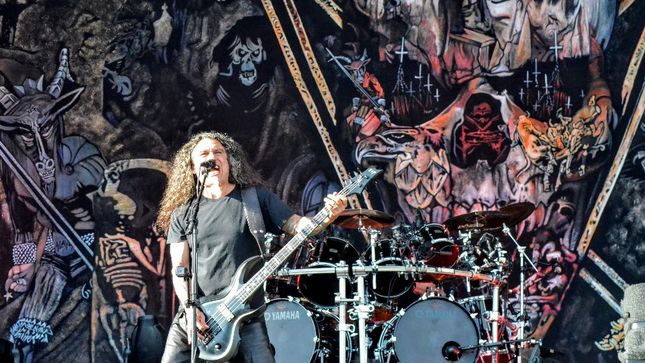 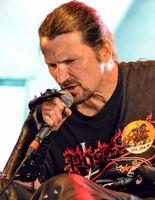 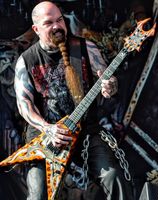 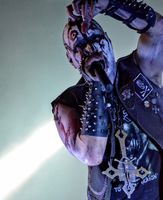 OK, so technically, Volbeat were the headliners, but the final Slayer concert, in all of Norway, drew fans from near and far. In addition to Misters Araya, King & Co., the day was dominated by the heavier end of the spectrum, although native progressive legends Conception had the unfortunate task of opening the main stage. Under the tents were the eclectic ‘70s hard rock of Hallas, new death metal supergroup Vltimas, Norse black metal pioneers Mayhem, and the reinvigorated Possessed. Here's a sample of what was witnessed by a crowd of about 15,000, on a beautiful Oslo afternoon. A full report will be posted on BraveWords soon.