PAIN – Turns The World On Its Ear 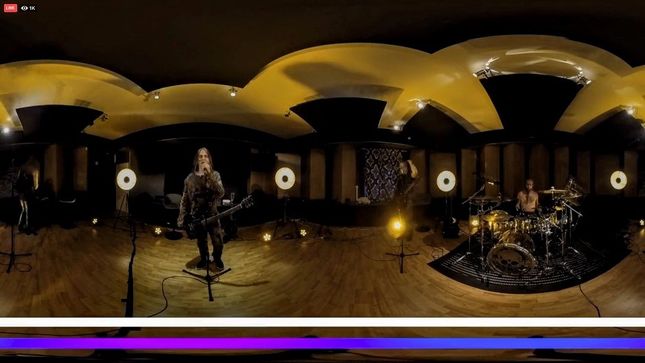 Peter Tägtgren has long been a friend of BraveWords, in all his various guises: Hypocrisy, producer, Pain, etc. So leave it to the industrious Swede, who has created many different looks/sounds for not only himself/his projects, but countless metal outfits to literally spin the idea of lockdown livestream on its head. From the drum room in his renowned Abyss Studio ("Never thought about putting air conditioning in here, now I'm sweating," he revealed), the band were arranged in a circle and (on the Nuclear Blast YouTube channel) viewers controlled the view from six cameras, rotating around the room in 360 degrees, as well as pivoting up and down. However, those watching on Facebook saw a static, alien yellow semi-circle backdrop created by the overlapping viewpoints. The room was lit in a sepia tone, floodlights (with smaller accent lighting on the floor) were trained outward, just below eye level. There was Tägtgren, seemingly un-aged in the nearly 25 years I've known him, in tattered tunic. He gave a little improv, free-association between tracks, often telling a tale of the composition's origins, or impetus behind it. 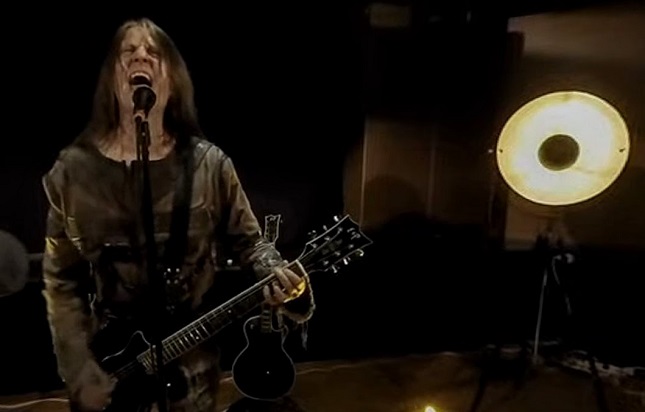 Surprised to see so many viewer comments in the Cyrillic alphabet, but while it was just one in the afternoon, for me, it was already Friday night in the Eurasia capitals and Peter would later announce that dates for 2021, in Russia and Belarus, were already confirmed. Following the "Dancing With The Dead" opener, the mainman/guitarist quickly said, "Think we need a beer!" Same old Peter! "Monkey Business" was up next, as always, he played with legs splayed, the left one slightly ahead of the other. Upon its completion, off camera (or at least mine, maybe other viewers used the directional dial to remain trained on Tägtgren, even when he moved about the room) he self-deprecatingly commented, "Out of shape", seemingly winded, just two songs into the set. He employed a scraggly voice, apart from the titular chorus on "Dirty Woman", making some comments about his age, as well. Syncopated drums and electronic sound effects kick off "Suicide Machine". While his son Seb was not on drums tonight, Peter mentioned that the heartbeat, heard at the end of this track (on the studio version) was in fact, his son's, in utero. 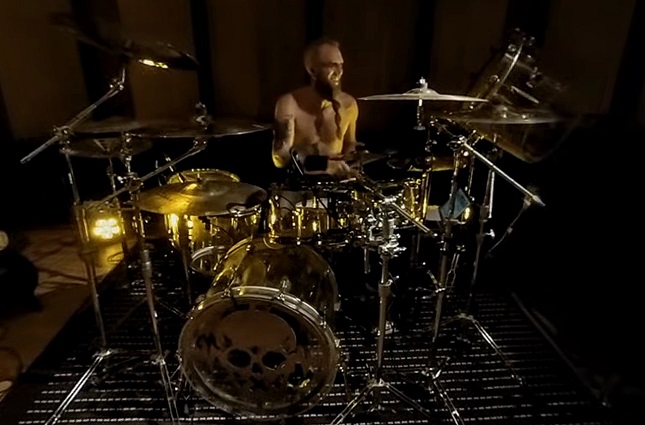 Peter, lifelong KISS fan, knows the importance of the camera and bug-eyed, mugs for the home audience, from time to time. I mean, there's nothing else going on and its sterile staging, so it's down to him and the music to keep us entertained; which he does throughout the fast paced hour. As the chugging riffs of "The Great Pretender" slow, party master Peter declares, "Here's some drinking music. Everyone needs to grab a drink," as he procures a beer bottle. He mentions the writing collaboration that created "Just Hate Me", admitting the song is “not from my way of writing." Throughout, he flaps his arms, when not playing. He recalls Mikkey Dee helping out with the drums, for "Zombie Slam", a song which Tägtgren performs with "gothic" vocals. Once he introduced "End Of The Line", he temporarily recants, turning his back to the homebound crowd, saying, "Wait, I need some snus (smokeless tobacco)," then explains how it relates to an individual in Stockholm ,back in '98, who went around, purposefully infecting people with HIV. Jones satisfied, the song begins, in a blip, burp and whirl of electro-effects, as Peter headbangs wildly, his mane falling across his face. 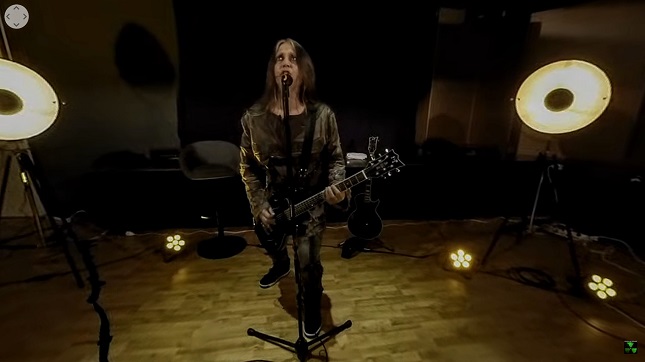 "I started to be a sucker for ballads," he confessed, prior to the acoustic tinged "Coming Home". The song relegates him predominately to the role of singer, just occasionally strumming his electric guitar. The title, "You Only Live Twice" was garnered from his own 2003 near death experience (without a pulse), "You get a second chance. I was lucky." Our day/night ends with mega-hit, "Shut Your Mouth", commencing with a choir of 8-bit computer game beeps. After slipping out of the stage clothes, the members huddled around and answered fan questions for a while. Not your typical Friday night, anywhere on the globe!