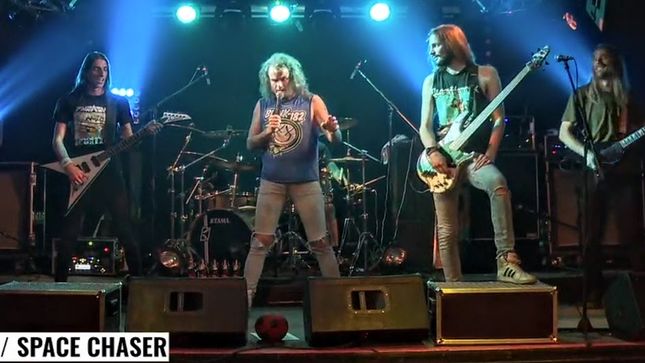 Seems everyone is getting into lockdown concert mode, big and small. It's almost like the old days, figuring out which "show" is a priority, as there's more than one gig, at the same time. Hats off to the bands that are doing charity shows. Others are attempting to make some cash for themselves, which given the global shutdown, is understandable, but it depends upon "how big" they are, as a few extra dollars/Euros in the pocket might be better served by doing a free gig to expand your profile. There are literally hundreds of thousands of idle metalheads looking for entertainment weekend days/nights (depending upon time zone) and many are unable (or unwilling) to fork out cash for a band they've never seen/heard. But they MIGHT be persuaded to check out a free livestream, which in the end, could profit said band, many times over. So while many were undoubtedly checking out Katatonia's performance, I opted to look in on German thrashers Space Chaser, a familiar name, but not one whom I'd experienced. 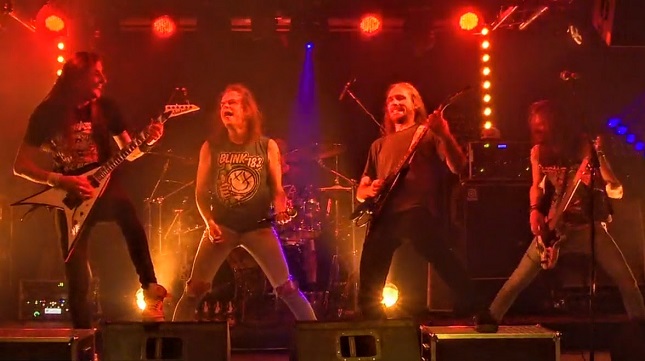 From the Cassiopeia club, in their Berlin hometown, the five Chasers could barely fit on the small club stage, even though there was no one but the film crew around. No matter, for 45 minutes it was flailing/pinwheeling hair, air guitar and a full light show, backed by an impressive array of beer bottles, fronting the drum kit. Opening with "Loaded To The Top", swivel hipped frontman Siggi (aka Siegfried Rudzynski) can sound like Blitz (Overkill), even copping some of his hand (not middle finger) gestures. Musically, would put it closer to a more modern, Municipal Waste style, than any of the classic ‘80s band who they claim as mentors. The club features an overhead view, used sparingly, but seems the camera operator took 2/3 of the show to figure out there was a zoom feature, preferring to photography the band/stage as a whole. "Atom Crusher" was also up early, the limited staging kept most of the guys in place, although the guitarists (one attired in Gloryhammer tee) made use of the risers in front of them. At one point, Siggi left the stage, taking up residence where the front row of fans would normally be, and skanked across, in front of the camera. 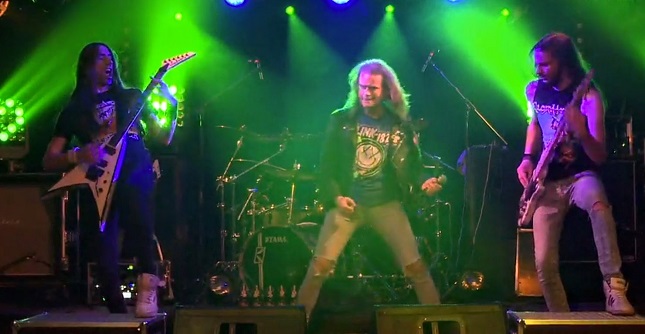 Twin guitars introduced "Decapitron" and when not singing the Blink 182 t-shirted frontman displayed his skills at air guitar. All engage in a group chug (those mini bottles of beer go down quickly) prior to the yellow lit and appropriately entitled, "Virus". There's some between song jocularities, but it's all in German, as well as appeals to click on the "spend" buttons to donate to the cause: the club and its employees. Is it a technically proficient set? No (a few noticeable glitches), but rather than taping a studio playback, this is authentic, live music. The way it should be! Punky delivered "Metro Massacre" was destined to be the finale, but once completed, the female hostess/moderator persuaded them to do one more. For the encore, it was a riffing "Interstellar Overlords". 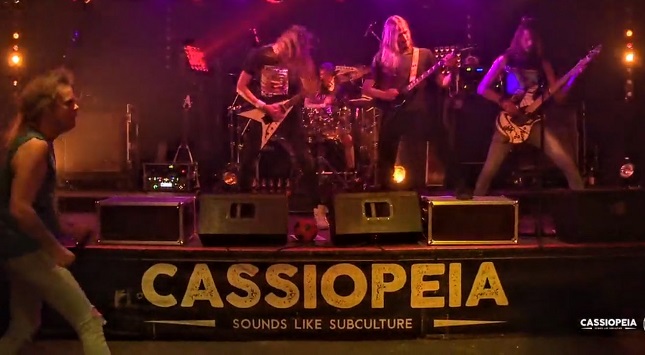 Great way to make their acquaintance. Video will probably be online, so even more can check it out, after the fact. Seek & Enjoy! 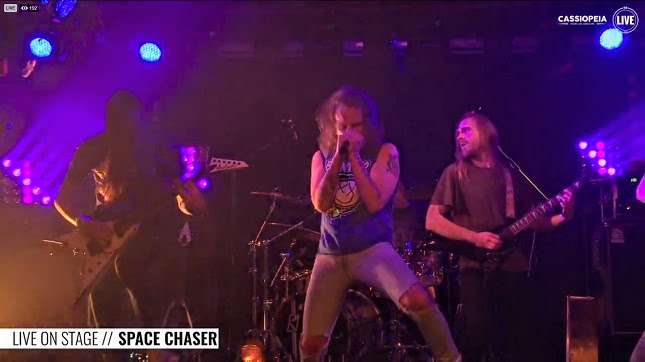