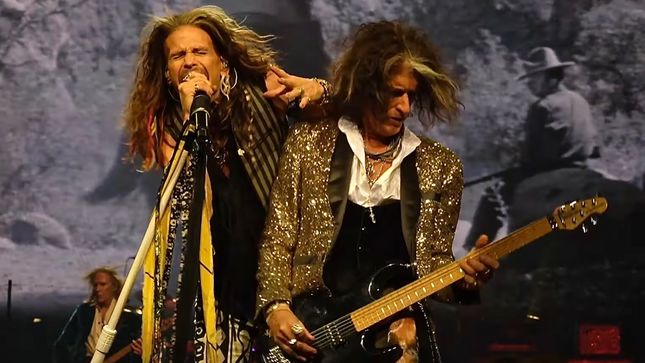 Aerosmith may be spending some extended time in Vegas these days, but don’t tell the band they’re playing it safe. Halfway through their new Vegas residency, Aerosmith: Deuces Are Wild (based on their 1994 single of the same name) the rockers say it’s been one of the most thrilling endeavours in their storied career thus far.

“This has been an incredible opportunity to play a smaller version of our regular show in an intimate seating [and] a way to present the heart and soul of the band’s essence with added elements you wouldn’t have ever been able to do in a one-night-only setting,” Joe Perry says. “It’s something very different than what we have ever done before.”

Read the full report at Variety.com.

The Deuces Are Wild show is presented with live THX certified L-Acoustics’ L-ISA immersive sound in partnership with THX and L-Acoustics. The show, directed by Amy Tinkham, opens with a roughly 30-minute retrospective of the band's career with previously unreleased audio and visuals from Aerosmith's archive. For this segment, Grammy-winning producer Giles Martin, who created the soundscape for The Beatles' Love by Cirque Du Soleil in Las Vegas, took some of the band’s classic music and material from recording sessions and remixed it for immersive sound at London’s Abbey Road Studios.

Get your tickets now at this location.