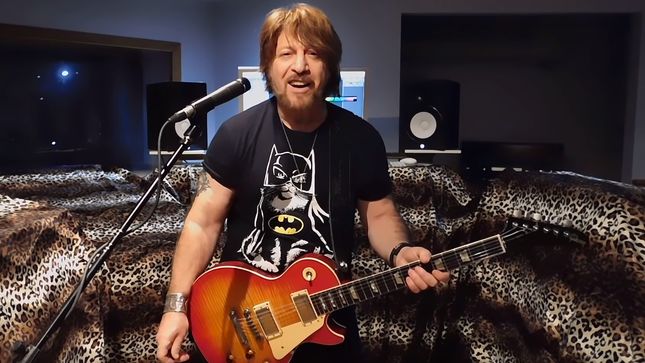 Canadian rocker, musician and Grammy winning writer/producer, Aldo Nova, is set to launch a new single, "Hey La Di Dada", from the forthcoming rock opera, The Life And Times Of Eddie Gage. To get everyone a little fired up, Aldo has released a COVID-19 version of his 1982 hit, "Fantasy", shot and recorded in his home studio in Montreal. Watch the video below:

Aldo Nova previously released the single, "When All Is Said And Done", from The Life And Times Of Eddie Gage. It's heavy hard rock sound with its bombastic guitar riff to his unmistakable vocal shows that Aldo Nova has never ceased to evolve and is back with a vengeance.