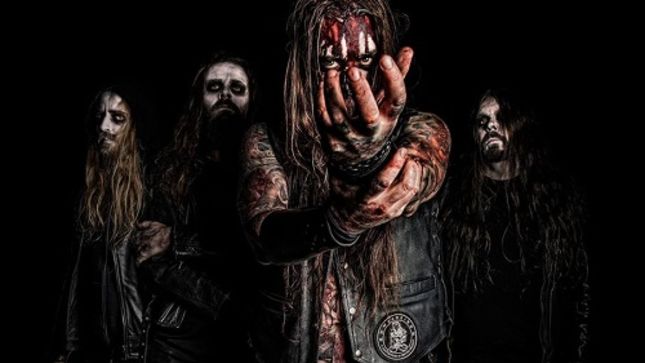 Unholy Dutch death metallers Antropomorphia are currently busy in the studio recording their next long-player, Merciless Savagery. The album is being recorded at Aftermath Studios and will be produced by drummer Marco Stubbe. Mastering duties will be handed over to the infamous Dan Swanö in December for a tentative release in spring of 2019.

Comments Antropomorphia: "As we shred closer to the end of the recordings of our fourth full length album, everything feels more pervasive than ever before. While we went through some unsettling dark and overwhelming times during the writing of this album, which is not necessarily something negative in our realm, it gave us the hostile anger and exact perspective to move forward and create this audial landscape. Our origins are weaved within the structure of this album but there was a lot of new ground to be discovered. It's brutal, it's dark, it's hateful, filled with infectious riffs and a 'fuck you' to a mostly repetitive scene."

In other news the band had a lineup change just recently. Bassist Marc van Stiphout has left the band and Antropomorphia have called Jeroen Pleunis to duty. "Marc parts ways with us with no hardship or ill will. Marc's follow up is Jeroen Pleunis (Villainy), Jeroen is no stranger to the band and he will bring his talent and raging madness to our fold. As the landscape changes a new era begins, gates will open and spew forth a beast of hellish ferociousness."