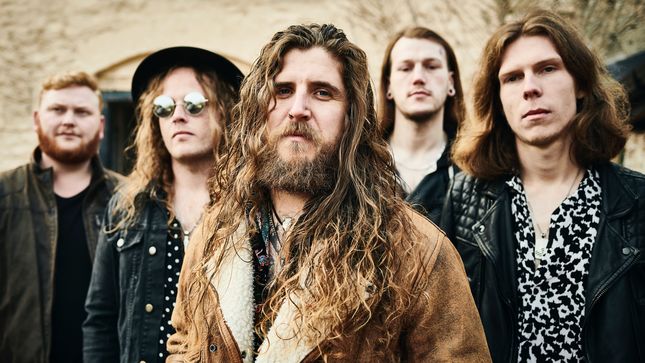 New Wave of Classic Rock favorites, Bad Touch, have released their new single, “Strut”, digitally. The single is taken from their upcoming studio album, Kiss The Sky, out on June 19 via Marshall Records. Listen to the single below, and pre-order the new album here. “Kiss The Sky will be released on CD, white vinyl and digital download. “Strut” is also available to stream here.

Kiss The Sky was recorded, produced and mixed by Nick Brine at the legendary Rockfield Studios in Monmouth, Wales. The album was mastered at Abbey Road Studios in London.

“We’re so excited about this recording,” says lead singer Stevie Westwood. “Just to record our songs in such a legendary place as Rockfield was a real buzz. I know it’s a cliché but, in our humble opinion, this is our most exciting recording to date, and we can’t wait to get it out there in front of a crowd."

Kiss The Sky is a no-nonsense rock and roll album at heart. For their fourth album, Bad Touch have stripped everything right back and looked at what the essence of what makes a great album and at the core, great songs. They've stuck to what they do best, which is writing catchy, feel good rock music.

The songs were initially written in their practice studio "The Cabin" in Norfolk where the band feels most comfortable and can focus on the songs without outside world interference. The band have really nailed their sound on this album. When you turn it on you will instantly know it's Bad Touch.

The production side of the album is about capturing the performance within the band themselves and capturing the "moment" and energy the band produce during their live shows. More plugging straight in, turning everything to 10 and going for it. 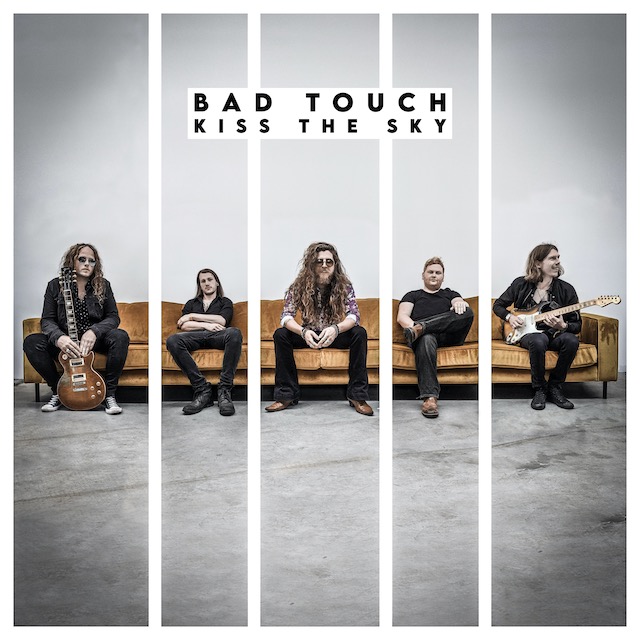 Kiss The Sky will be supported by a nationwide 12-date UK headline tour that kicks off at The Waterfront in Norwich on March 30. All UK tour dates will feature Piston as main special guest, plus local supports.

Kiss the Sky is a power-packed album that has the groove with huge chorus hooks, foot stomping guitar riffs and an abundance of energy overflowing within each track. If you want to see what all the fuss is about catch Bad Touch on tour throughout March and April 2020. 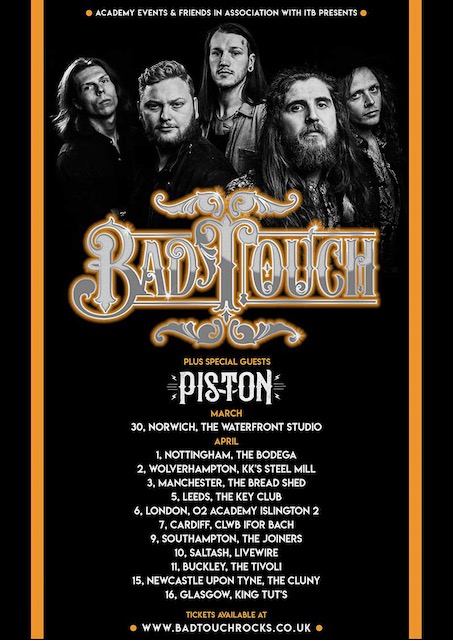