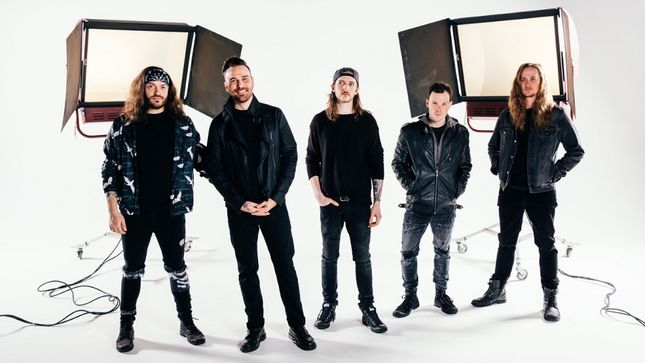 Detroit’s genre mashing, rock ‘n’ roll juggernauts Wilson have announced their indefinite hiatus. Before hanging it up for the unforeseeable future, the band has planned one last party to say “Thank You, Goodnight”. On Saturday December 28 the band will take both stages at The Crofoot in Pontiac, MI to play two emotional and energetic sets of their music for fans. 101.1 WRIF have signed on to present this event with the band and The Crofoot.

“This show is a way of closing the book. You know, every story comes to an end.  We hope this night serves as a memorable way of closing out the past decade of relentless touring, roller coaster rides of events and an endless amount of memories. This isn’t for us, this is for all the friends we’ve made along the way who made Wilson more than a band,” states guitarist and founding member Jason Spencer of Wilson about the concert.

Set one will take place on The Crofoot Ballroom’s main stage, where the band will be performing songs only from their latest release ‘Tasty Nasty’ and the Detroit centric, sophomore album, Right To Rise.

Set two will see Wilson climb upstairs to the Crofoot’s intimate 250 capacity Pike Room, where the band cut their teeth, to perform their debut record Full Blast F*ckery in its entirety for one last sweat-inducing performance.

The band has enlisted support from their friends & local favorites The Messenger Birds, Red Stone Souls, Ladysse and Strange Magic.

Before the doors open to the general public that day, the Crofoot’s Vernors Room will be transformed into “Wilson’s House Of F*ckery”, where the band will be curating a very special pre-party for 100 lucky fans.

There the band will have a conversation with fans and give those in attendance a unique experience with a one-time look at items such as photo sets, music video design pieces and a slew of the bands past and present memories that will adorn the walls for fans to peruse and purchase in a silent auction; of which portions of the proceeds will be given to Metro Detroit’s South Oakland Shelter and The MusiCares Foundation. All tickets purchased for the Pre-Party will include a signed photo calendar plus a limited edition, commemorative VIP laminate.

Tickets go on sale to the public on Friday, November 8 at 10 AM EST are available here.