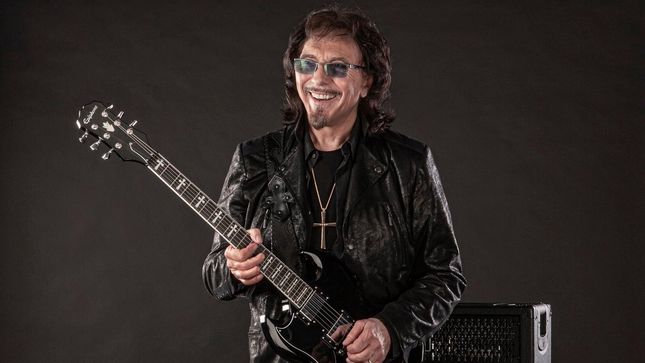 In a new interview with Guitar World, Cesar Gueikian - Gibson's chief merchant officer - discusses Black Sabbath icon Tony Iommi, and the guitar that got him playing in the first place. Gueikian is the man behind the Tony Iommi “Monkey” 1964 SG Special Replica, a limited edition of Iommi's beloved 1964 Special SG.

An excerpt from the interview follows:

Guitar World: What does working on this guitar mean to you?

Cesar Gueikian: "I play guitar because of that record, Black Sabbath. When I was 10 years old and my dad had a vinyl record collection, that one was in it and I was going through the records and that cover really was so eerie and it caught my attention. So I wanted to see what that was about and I put that record on. I had to open it because my dad had never opened that record. I don’t even know why he had it - he doesn’t live today, so I can’t really go back and ask him - but he never really opened it. So I opened it up and put it on and then I heard that song Black Sabbath and I was like ‘Oh my God, I really need to learn how to play guitar.’ And now, having the opportunity to work with Tony, that’s coming full circle for me personally, and becoming such a passion project - and then in a way becoming a little closer with him and developing a friendship.”

Guitar World: How do you feel about the process of making this guitar now that it’s complete?

Read the complete interview at GuitarWorld.com. 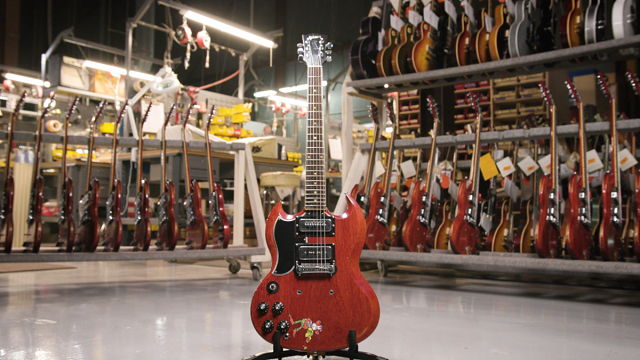 The Tony Iommi ‘Monkey’ 1964 SG Special Replica is a heavily-modified 1964 SG Special that was used extensively with the original lineup of Black Sabbath and heard on every album and tour of the 1970s. Thanks to the meticulous reverse-engineering and painstaking attention to detail employed by Gibson Custom Shop, 50 exact replicas have been created, 25 right-handed and 25 left-handed like the original, each guitar is signed and numbered by Tony Iommi himself. No detail was overlooked in the construction and aging, telling the complete story of the “Monkey” from the zero fret to the stop tailpiece bushings to the legendary pickups, which were hand-made in the U.K. by the apprentice of the late John Birch. Each Tony Iommi ‘Monkey’ 1964 SG Special Replica includes an exclusive replica of Tony's silver cross necklace with a coffin case, a replica of Tony's leather touring guitar strap and a 1960s replica case and a Certificate of Authenticity.

Iommi recently sat down with Gibson TV for the ICONS series for a deep dive into his early years in Birmingham, England, the accident that almost ended his career as a guitarist and his 55-year musical journey with Black Sabbath. Tony Iommi’s career, like the man himself, is universally loved and revered. And while his innovative tuning and playing styles were a major part of his monstrous tones, a Gibson SG named "Monkey" was at the center of it all.