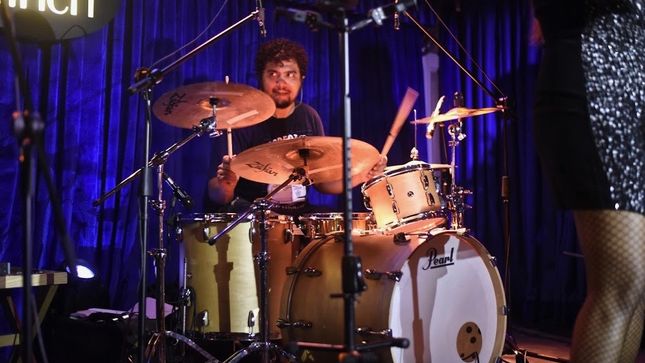 Coming off their Canadian debut performance at Indie Week in Toronto earlier this November, India's rock 'n roll lovers, Overhung, announce they have recruited new skin basher Pritesh Prabhubane, whom is also an accomplished live sound engineer and has mixed the likes of Wolfmother and Puddle Of Mudd, plus stage managed for Incubus and Alt J on their recent appearances in India. Prabhubane replaces the band's long time drummer and founding member Sheldon Dixon.

Vocalist Sujit Kumar comments: "Sheldon has been a part of every milestone Overhung has had as a band thus far. We wish him the best of luck his future endeavours and pray for success to follow him wherever he goes. Pritesh is one of those musicians that have literally grown up following bands around since he was in shorts. His versatility allows him to play several genres of music effortlessly with bands like In Memory Of, Chronic Phobia and several others. Although his back ground in heavy metal and hard rock is what clinched the deal for him. Overhung and the band's management are happy to announce him as the newest addition to the band."

Pritesh Prabhubane started playing drums at the age of 21 in 2007 and has toured extensively across India as a drummer, live sound engineer, stage manager and drum technician. He is currently endorsed by Meinl Cymbals and Bhargavas Musik along with performing with other musical groups such as blues act Howard Pereira Trio, pop act Sherise D’Souza Collective, deathcore band Grimmortal, black metal band Stark Denial, groove metal band Sutledge among many more. He also plays for a variery of other artists, mostly independent Indian bands like Daira, Paradigm Shift, Ankur & The Ghalat Family, Anand Bhaskar Collective, Blakc, Bombay Bassment being the most prominent ones, and in the commercial space – Prem Joshua & Band, Gaurav Dagaonkar, Piyush Kapoor Live and subbing / subbed for Kailasa, Mame Khan, Divya Kumar, Indian Ocean, The Bartender, Ash King Live, Point Of View (Dubai) and many more.