KIX Frontman STEVE WHITEMAN Talks Key To Band’s Longevity - “We Are About Let’s Get A Beer, Let’s Pick Up A Girl, Let’s Get Fucked Up And Have Some Fun” 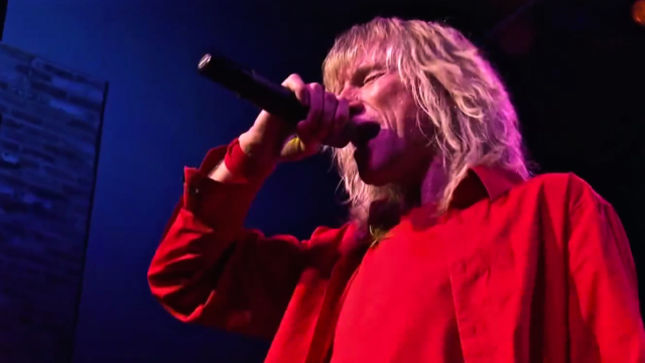 In a new interview with Angel Amamo, Kix vocalist Steve Whiteman discusses the band’s new album, Rock Your Face Off, their longevity, and what’s in the future for the band. An excerpt follows:

Angel Amamo: What has been the key to the band’s longevity, music wise you never follow the trends, you guys are like an AC/DC where the band just wants to rock and put on a great show?

Steve Whiteman: “Exactly, we are about fun, we are not preachy. We are not going to tell people what to do or how to live their lives. We are not going to glamorize politics. We are about let’s get a beer, let’s pick up a girl, let’s get fucked up and have some fun. It has always been about having fun. People come up to me sometimes and say my friend just passed away can you give him a shout out on stage. I’m like no, that is not why people are here. People are not here to be bummed out. They are here to have a good time. They want to forget about that stuff. That has always been our approach, have a good time make the people have a good time and forget your troubles for a couple of hours.”

Angel Alamo: Can fans expect a new album next year or in 2017 or will you release an EP or put out singles?

Steve Whiteman: “We’re now just starting to think about another record. We are not shooting it down. We got to look at what the logistics of what the last one did. If it’s just a waste of time. Records don’t sell anymore how many people are downloading it we are not sure. How many people are stealing it we don’t know. We don’t even care we just want the music out there so we can go out and play it live. If we go and try to play new music and they don’t know what the hell it is then it’s no fun. For us we would love to do it but it’s got to make sense. We have to find a way to hit the people and make them want to buy it. It isn’t just us it’s everybody having trouble with record sales. A lot of people have just given up. 20,000 is considered really good. 20,000 is a piss in the bucket compared to what we used to do. We used to do 80,000 alone in Baltimore/Washington area alone back in the day. Those days are gone, long, long gone.”

The complete interview can be found at this location.