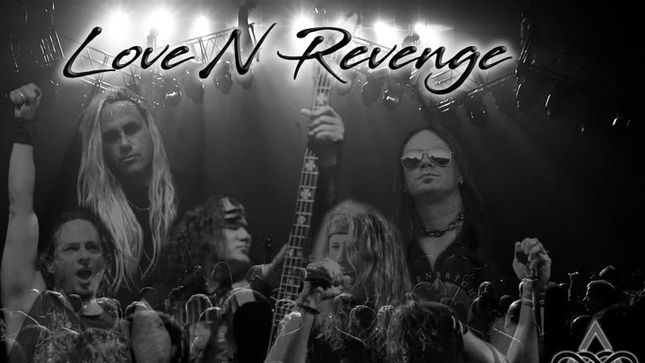 The hair metal spark ignites as Love N’ Revenge announce that they have inked a worldwide deal with Pittsburgh based RFL Records. The glam, slam, thank you Ma’am that the arena rockers deliver is set to launch a full throttle assault in 2019 with a brand new single firing off on April 19th. Founder, Damon Kelly (Rockarma), has delivered some of the finest songs available in the genre and is set to take it up another notch by teaming with RFL.

Damon adds: “We are absolutely ecstatic about teaming up with RFL Records and together pulling out every asset in our arsenals. The music world these days is so backwards to what it used to be and it's amazing to team up with a top shelf record label that is setting the standards of how it used to be... new wave old school right from worldwide distribution to loading up the tour bus and making sure we get to meet and connect with our fans around the globe on and off stage. Most of all it’s an amazing feeling to know that we are all a family and LNR / RFL will take this to the very top and beyond! Joining two unstoppable forces makes 2019 the official resurrection of pure guitar driven melodic arena rock. See ya on the road.”

Love N' Revenge has taken the industry by storm in 2017/18 hitting the biggest arenas and festivals around the world. They have shared the stage with the biggest legends such as Bret Michaels, Vince Neil, Dee Snider, Autograph, Firehouse, Warrant, Dokken, Steel Panther and the list goes on.

For fans and industry alike, Love N’ Revenge has proven themselves to be a staple, branding themselves as The Resurrection of Pure, Guitar Driven, Melodic, Arena Rock pushing everything they’ve got into every explosive live show, leaving the crowds shocked and mesmerized. With three albums under their belt and the highly anticipated new release slated for fall 2019, this promises to deliver melodic madness and bring the power back to Pure Arena Rock.

The boys have only begun their assault on the world and have even been making the time to give back with the healing power of music at Children's Hospitals. Most recently with the Shriner's Hospital For Children in Tampa Bay, Florida.

Love N’ Revenge is definitely here to stay. Their class, charm and professionalism on and off the stage, declared them, globally, as one of the hottest acts in 2019. The new, fresh face and sound of melodic hard rock is on a mission to “Bring It” and the masses will soon hear the power of the generation wild.