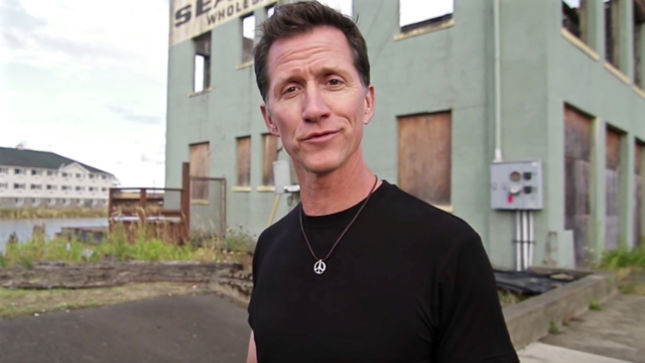 Speaking with NYS Music, singer Mike Howe discusses his return to Metal Church, and explains where he’s been for the last 20 years.

Says Mike: “So, I dropped off the radar because the record business really disappointed me, things were changing, grunge was coming up and we were getting ignored. We were not businessmen, we were musicians and like a lot of [other] bands we just wanted to write songs and play metal. You really have to be business minded or you’ll just get tramped on and left behind, I think that was our major problem. One small example, the cover of “Hanging In The Balance” was just a huge embarrassment to me and I hated it, it was forced on [us] and that was kind of the last straw. So I took a clean break and stepped away in 1994, with a proud feeling of what we had done so far, something I could keep in my back pocket for the rest of my life, and I wanted to step away before it got ugly.

“So, I got married, had children and lived the American Dream, we were just doing what everybody else was doing. I had my own little business, and had a couple boys, you may have seen I brought my older boy with me on the [Monsters of Rock] cruise, which was a great time for me, not only playing the cruise, but having my son with me was very important. So, now that they are older, I don’t have to dedicate every second of my day in raising them. I have a little bit more free time and then Kurt called me and proposed coming back.”

Metal Church recently hit the US charts at #57 with their Mike Howe reunion album XI. “I can hardly believe the response to this new album,” exclaims guitarist Kurdt Vanderhoof on their highest chart position ever selling 10,771.

Howe has been overwhelmed by the response to his return stating: “It has and continues to be an honor for me to be the singer in Metal Church. The out-pouring of support from the fans has truly been amazing!”

Check out BraveWords glowing review of XI at this location. A BraveWords review and gallery of their recent New York City appearance can be found here.