Norway's IN THE WOODS... Sign With Debemur Morti Productions

news heavy metal in the woods... 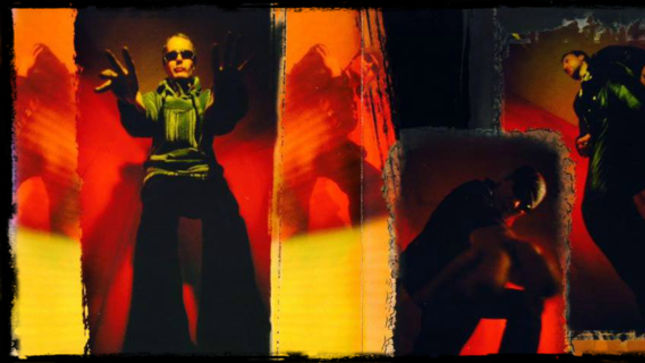 Kristiansand, Norway's In The Woods... have sealed a pact with Debemur Morti Productions.

As of today, the core of In The Woods... consists of C:M. Botteri (bass), X. Botteri (guitars), Anders Kobro (drums) and Tommy S. Halseth (vocals). In The Woods...' legacy speaks for itself, from the grandiose Heart Of The Ages, the incredible Omnio and up to the visionary Strange In Stereo, their last full-length to date, the Norwegians have never ceased to surprise and amaze their listeners.

Back in August, In The Woods... heralded their return with the following statement: "The woods are full of trees, some old, some not. Some have been cut down, some recycled, and some are still standing, defying the harshness of the nature. This goes for the Kristiansand-based band as well.

Some of the trees have decided to rear their ugly heads once again, with a battle plan including the recording of a two-album concept. This was already back in 1999 ready for completion but for obvious reasons was left behind after the band’s decision to discontinue In The Woods..

Later this month the members will get together, rehearsing, working and polishing and use the time needed to ensure perfection and the highest level of quality needed to continue the In The Woods... legacy. Part one of two is pr today planned to be recorded in 2015.

During the period prior to the farewell gig in Kristiansand 14 years ago, on the 29th of December at Caledonien Hall, the lineup changed several times. But a core, consisting of original drummer Anders Kobro and the Botteri twins Chris and Christopher, has always been present. The lineup today consists of these three aforementioned gentlemen, as well as several other musicians, which will be announced soon - in addition, a very good replacement that will fill the shoes of Oddvar, who tragically left us last year, R.I.P dear friend and brother, you will always be an energy In The Woods..."

After in depth talks it felt natural that this collaboration between In The Woods... and Debemur Morti Productions had to happen.

A. Kobro comments : "In The Woods... is both proud and happy to be so fortunate to sign a deal with such a great record label as Debemur Morti Productions. We announced in August that the band is now working on new albums (a lot of material was already written back in 1999-2000, that never was recorded due to obvious reasons). Now, 14 years later we finally got back together and decided to continue In The Woods... from where we left it. We are super excited to finally continue doing what we love to do and we will do so with more enthusiasm and creativity than ever before. That In The Woods... now is so fortunate to be able to work with such a dedicated label as Debumur Morti Productions is for us a privilege. For In The Woods..., having the confidence and security that our future works will be taken care of by gentlemen who share the passion and love of the art of music as we do is of the utmost importance.

And all this from which was, that did become again! We raise the horns up high and shout loud SKÅL!"

T. S. Halseth adds: "We had to come back, and we had to do it the right way in every way. We have been contacted by many interested record labels after we announced our return, many of those established and well respected, but now we have found a place to call home in Debemur Morti Productions. Thanks to everyone who has offered advice and shown support on our path to this decision.

Debemur Morti has shown us that they have a burning passion first and foremost for the art and the music. They have the right attitude and drive, and they have proven that they are willing to make an effort when it comes to making each release under the Debemur Morti banner special in its own way. This is the right home for... In The Woods..."

The band is currently busy polishing what is soon to become another milestone in their history.